Back in May, I traveled 300 miles from St. Louis to Chicago to catch Steven Wilson in concert. It was one of the best shows I’ve ever seen, and I rarely say that kind of thing, no matter how much I enjoy something.

I asked myself if I would see that show again, should SW actually play in my hometown. There’s no doubt in my mind I would, in a heartbeat. The show was that good. I could certainly relate to anyone who felt the same way.

But there’s a limit to my fandom, even where my favorite artists are concerned. I’ve been asked if I would be willing to go on the road with an artist like Wilson, catching every show on that particular tour.

The answer is no.

I know plenty of people who think otherwise. They have a favorite artist or band, and they will follow that artist or band to the ends of the Earth and back. Deadheads are legendary for their loyalty to the Grateful Dead. Fans of Phish did (or do) the same thing a generation later. Their dedication is remarkable, even if it puzzles me.

My favorite band is King Crimson. I’ve seen them in concert three times. It was worth it every time, and I’m ok with never seeing them again. I’ve seen Adrian Belew as a solo artist and with bands some eight or nine times, I think. If he retired tomorrow, I wouldn’t feel short-changed. And I have no desire to follow him from place to place on tour. 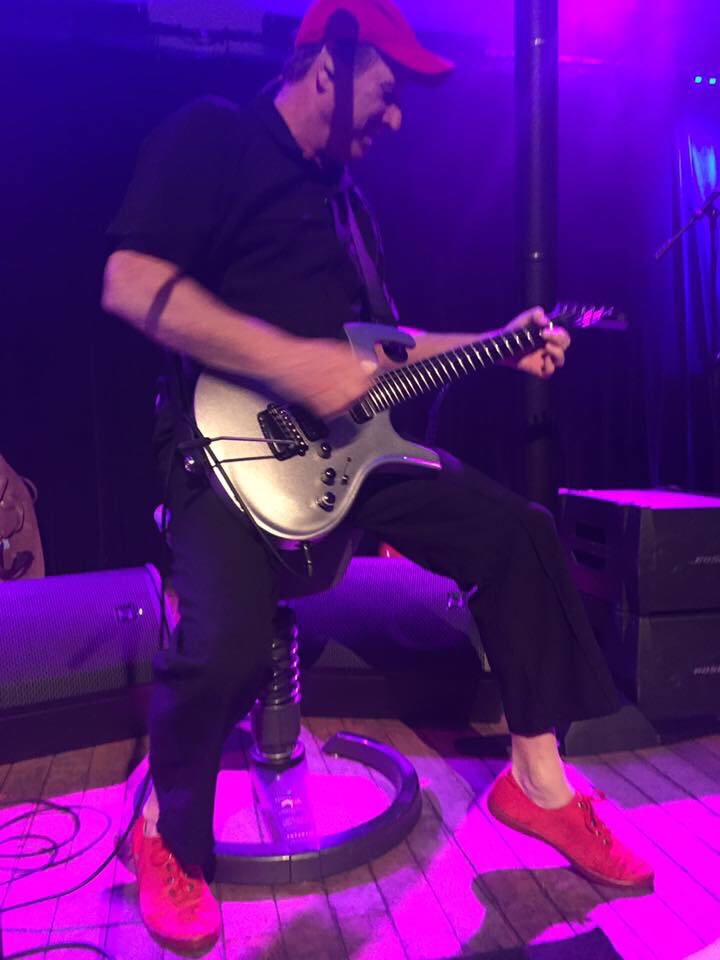 On the other hand, my friend Rhea Frankel has seen her favorite band, Yes, about 120 times. And counting. She has no intention of slowing down. I find this endlessly fascinating. And more than a little perplexing. I’ve also spoken to fans of bands like Crimson and Rush, who have gone to dozens — if not hundreds — of shows.

For Rhea (and I’m sure for others as well) it’s a question of catching the perfect show, where every tune sounds perfect and things go exactly the way they’re supposed to. Lord knows I’ve been to a couple of concerts where technical glitches threatened to ruin the whole show. But part of the fun for me is watching musicians think on their feet, and work around these obstacles. But that’s just me.

Or it could be about making sure you hear your favorite songs, which may not happen if you limit yourself to one show. Sometimes the band pulls out favorite deep cuts as a surprise. Or they learn four hours worth of music, knowing full and well they will only play two. There were a couple of tunes I wish Steven Wilson had played, like “Luminol.” I remember being a little disappointed to never hear Radiohead play “Karma Police,” one of my favorites of theirs. But the artists usually make up for it by playing other things I love, like Wilson’s band playing “Home Invasion/Regret #9” or Radiohead playing “Pyramid Song.” A concert is a trade-off, and that’s the deal you make when you buy a ticket.

I’m as guilty as the next fan when it comes to wanting to hear certain songs played live. I’m planning to see Jean-Luc Ponty in Chicago next month. His show will focus on the albums he made when he was with Atlantic Records in the 1970s. That’s the music my dad introduced me to, which helped make me a jazz fusion fan. I’m really excited to hear that music played live, even if I have to make a 600-mile round trip to do. But even that material would become stale to me after the fourth or fifth time I heard it on the same tour. Ponty is playing two shows in Chicago. One will be more than enough for me.

I don’t begrudge Rhea or anyone else who attends repeated shows anything. If you want to see the same band over and over, it’s your life. Go for it, and enjoy! But I can’t do it.

Recently, I’ve purchased a couple of the mammoth box sets from King Crimson, like Starless and The Road to Red. For the most part, these sets chronicle the band’s activity from tour stop to tour stop, culminating in the recording of the associated album. At first, I found myself trying to take in most of the box sets at one time. This was a mistake, because the music began to feel redundant (even if there were more than a few subtle changes here and there). I noticed my enjoyment of this brilliant music was starting to reach what I like to call The Point of Diminishing Return. I had to change things up in order to re-establish my enjoyment of Crimson’s mid-70s output. Fortunately, the trick worked, and I can fully enjoy the box sets again.

Seeing the same band over and over would make the music less special to me. I’ve noticed Adrian Belew hasn’t changed his set a whole lot over his last few shows. Don’t get me wrong: I love every tune. But night after night? That’s no fun. Part of the joy of concerts is the surprise within the set list. If I know what’s coming, what’s the point?

I know bands change up the sets now and then. Steven Wilson did, and I kinda regretted not staying in Chicago for the second show the following night. But I got past it quickly. My show was plenty special, and will be with me for ages to come.

Of course, there could be exceptions to this rule. For me, it would most likely fall under the realm of jazz. Musicians in this genre are expected to improvise new solos almost nightly, and repeating one’s self is often frowned upon. So could I follow someone like Branford Marsalis around on tour? The odds are better there. But even within this realm, I would need to change bands every now and then.

It’s wrong to break out a cliche like, “variety is the spice of life,” but truer words have not been spoken. So there you go. I need t switch it up more often than not.

Everyone’s band/concert/fan experience is different. There is no right way to go about it. All I’ve been saying is that I’d rather see too many bands once than the same band repeatedly.

Check out my new book, I Can’t Be the Only One Hearing This: A Lifetime of Music Through Eclectic Ears. It’s available from Amazon, Barnes and Noble, and other fine book sellers.