My friend Jenni came to town recently. I hadn’t seen her in almost 30 years. It was a nice reunion, capped off by her buying a copy of my book. I had the pleasure of meeting Jen’s family, including her daughter Amanda, who was two years old the last time I saw her. She’s 30 now. The three of us engaged in quite the conversation.

I spent very little time talking to them about my day job, which I’ve been doing for 23 years now. Truth be told, I don’t like talking about work all that much these days. After a while, the stories start to run together, and don’t strike me as all that interesting, even if my civilian friends disagree. There’s just no excitement in telling cop stories any more.

Music, on the other hand, is an entirely different ball game.

Amanda seemed amazed (or was it flummoxed?) that I had so much to say about music. She was even more amazed when I told her I was just getting warmed up. I’ve already started sketching out my next couple of book ideas, because music never stops and there’s always something new to write about. I also told her about the blog (which you are currently reading). My new friend seemed stunned that I would do both things at the same time. “You can’t do both!” she exclaimed. “If you write a blog, you won’t have anything left for your book!”

I couldn’t help but chuckle. You don’t know me very well, do ya kiddo??

The music world is massive! There is so much to listen to, so much to soak up and appreciate, I can’t even fathom having nothing to say about it.

What I do worry about — and it’s a relatively minor concern — is the time sensitivity of my material. There are some things, like concerts, that need to be written about almost immediately. After all, who wants to hear about a concert two or three years after the fact? My journalism background taught me concerts should be considered “news” items. This means they should be published sooner, rather than later. Chats with a personality or a trip to a special record store is more of a “feature,” and are less likely to age poorly. So my writing breaks down relatively easily: “news” features make their way to this page. “Features” will be slowly assembled and painstakingly detailed before being unleashed in long form in my next book.

My publisher has informally green-lit the follow-up to I Can’t Be the Only One Hearing This. My working title is … And What I’ve Been Hearing Since. I’ve had so many amazing musical adventures since I finished writing the first book, it seems to be such a waste to leave those tales untold. I’m also working up a book based on jazz, called The Notes My Father Left Me. In that book, I’ll explore music Dad loved the most, and how he passed that love on to me. A couple of the chapter ideas I thought would go in Hearing are actually better suited for Notes. I see no major harm in outlining both at the same time. So there’s no shortage of material there.

And then there’s this page. How could I possibly run out of things to write about? After all, I have some 1,500 CDs and 400 LPs on my media shelves. That number is definitely not decreasing any time soon.

There are between 500 and 700 albums waiting for me in my Bandcamp wishlist. That number grows every month when the new music magazines I follow publish reviews of new records I find interesting. At times, I’m staggered by how much music I’ve already listened to, and it’s just the tip of a very large iceberg.

There’s always another concert coming up. Right now I’m gearing up for shows from Bent Knee and Jean-Luc Ponty. The next Progtoberfest will be here before I know it. Brand X will be in Chicago in December. I saw them here last year, but I’m not above one more gig. I have an app called Bandisintown, which keeps me up to date on all the shows in my immediate area. When I’m working day tours, my goal is to be at a couple of shows a week. When I retire and move to Chicago (knock wood), I hope to catch at least one show a night, if not more. That, to me, is the very definition of fun! To say nothing of an endless supply of things to write about. 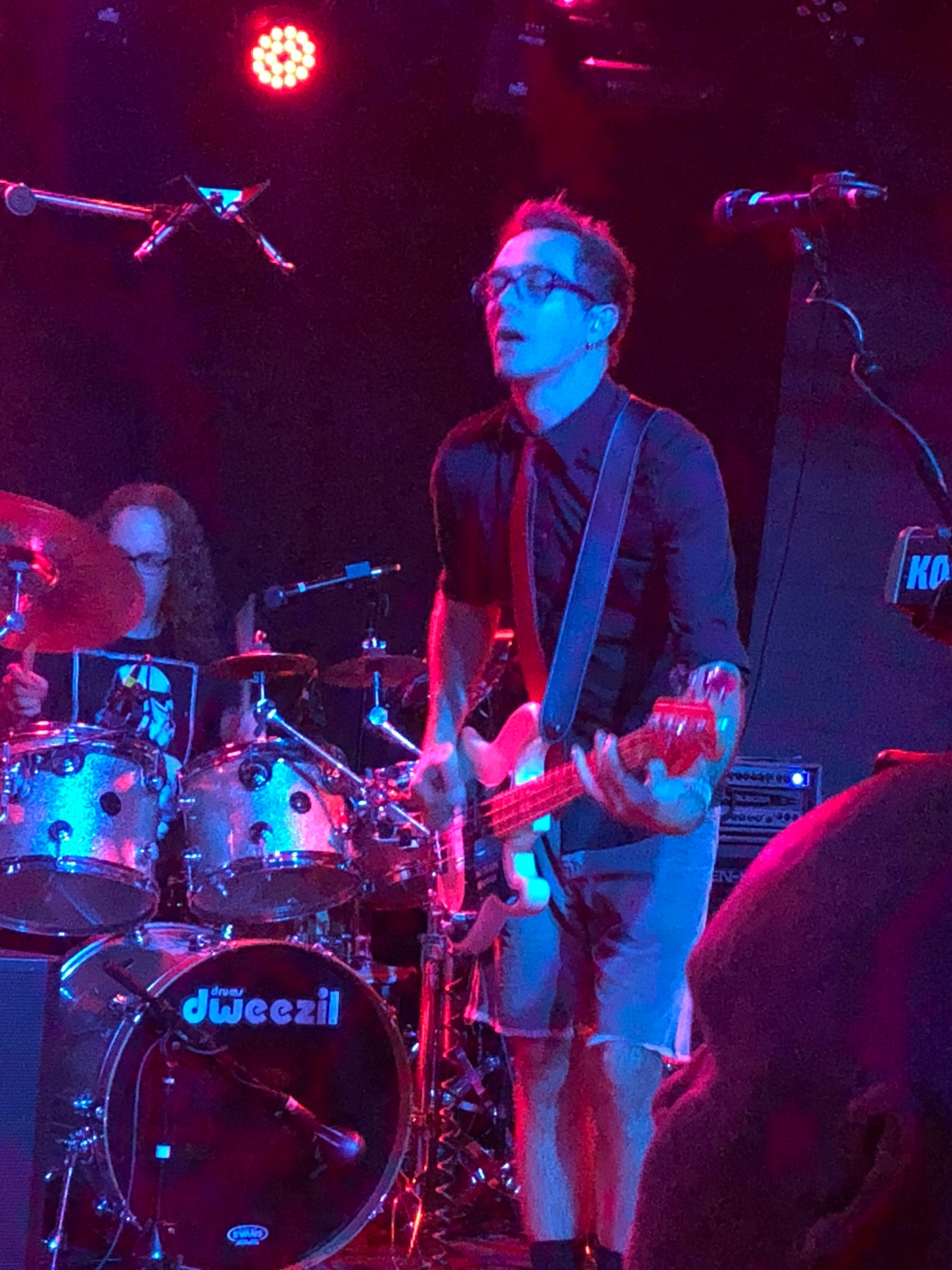 I don’t suppose it won’t do any harm to give you the opening line of … What I’ve Been Hearing, because it explains in a nutshell why I don’t think I’ll ever run out of material. The opening line is, “Music waits for no one.” In other words, there’s always happening in music, and the main struggle is simply keeping up!

And there’s no getting around this simple, very helpful fact: I absolutely LOVE writing about music. There’s nothing I’d rather write about. And it’s everywhere!

So don’t worry, Amanda. I doubt I’ll run out of anything to write about any time soon. I keep thinking about what Prince said during his Sign O the Times concert video, when he told the audience there was plenty of show left. “Ain’t nothing but a muffin,” he said. “We got a lotta butter to go!”