Few things in this world make me happier than my record collection. I look at my shelves and smile almost every time. “I’m a lucky guy,” I think before making my way closer to the shelf and find that which calls loudest to me.

I have the debate at least once every other month: why I will always prefer physical media to downloads and streaming. Inevitably, I will get a little pushback from someone who doesn’t see things the same way. The debate swings between moderately amusing and intensely maddening. But that’s the way it goes.

Digital fans offer up pretty much the same rationale every time. “Digital — particularly lossless audio — sounds better,” they say. Not to me. I will always prefer the warmth of analog from my LPs, and my CDs seem to have better sonic range to my ears. “I save so much space by not having a physical collection,” the say. Well, I create space for my collection! It’s every bit as important as a couch or a bed. “My records always get scratched or pop,” the say. Well, buy yourself a cleaning kit and learn how to take better care of your vinyl! The occasional pop does happen, I admit. But I have records that have been in my collection for more than 30 years, and scratches have never been an issue. There are other arguments, but you get the idea.

But there is one argument the streamers love to make that drives me bonkers. “I don’t want to have to get up and turn a record over every 15 or 20 minutes,” they say. And that, in a nutshell, tells me a lot about what music really means to you.

As I’ve said, I have no problem with compact discs. They are convenient, sound great, and are more difficult to damage (provided — as I learned the hard way — you don’t loan them to your tweener daughter). And while it’s not extremely difficult to remain focused on what is playing, it is possible for the music to slip in to the background. Not that there’s anything terribly wrong with that. I tend to put on a nice, long classical CD whenever I want to sit in my big chair and read for a bit. The music is soothing and unobtrusive, and I can always bring the sound back to the mental forefront. 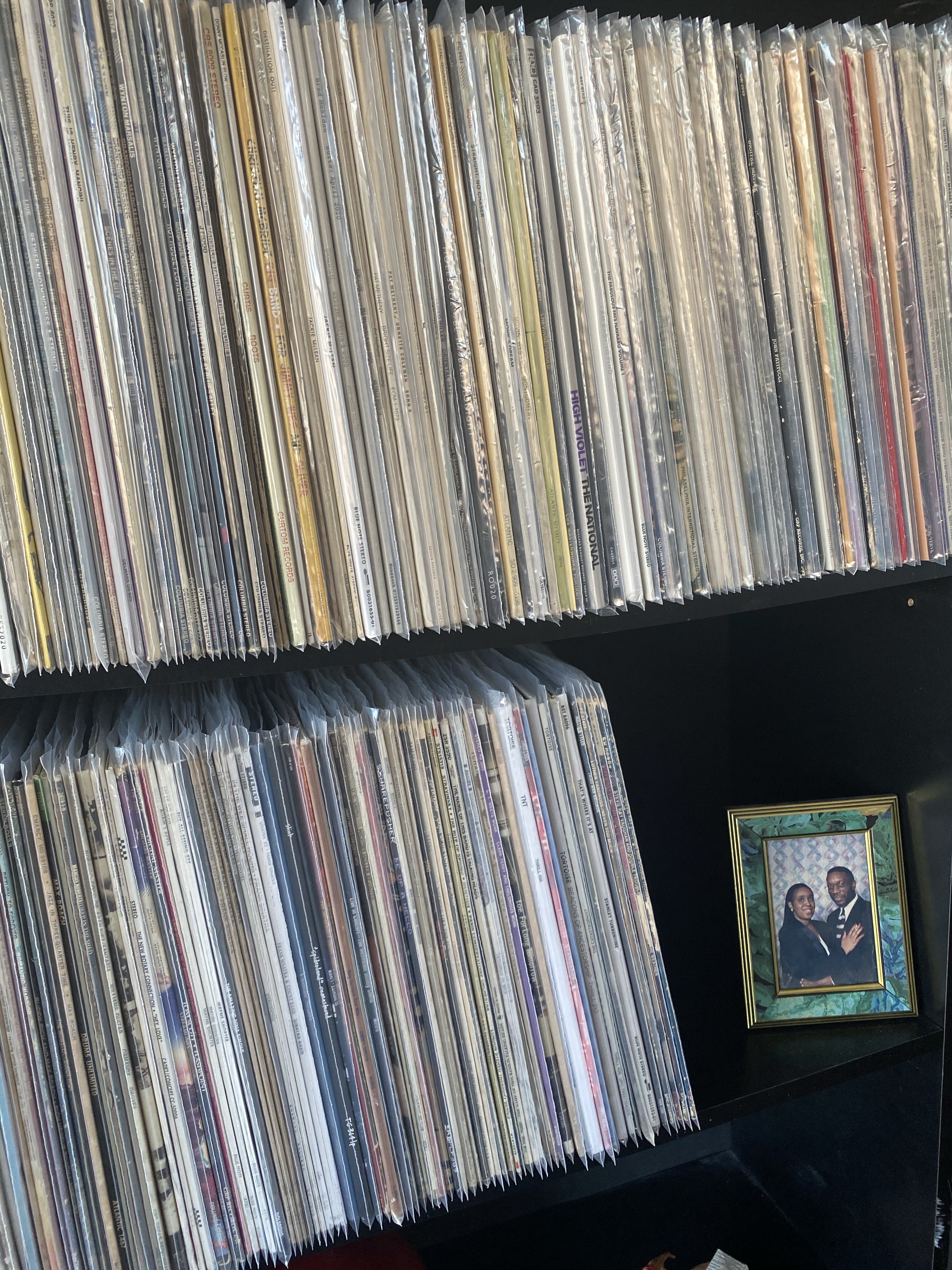 Records, on the other hand, require a bit more focus. And that is one of the many things I love about them.

I equate LPs with a sense of purpose. The act of going to the shelf, removing the album from the sleeve, placing it on the turntable, cleaning it properly, then dropping the needle gently onto the vinyl all represents intent. This was a conscious choice, and I intend to make the most of it. Since there are rarely more than four or five songs on a side, and that side usually lasts about 20 minutes, it becomes essential to pay attention to what is being played. This is what offers the opportunity to connect with the music, as opposed to turning it into mere background noise. You absorb what’s being played, then get up and turn the record over so you can repeat the process.

That’s what I call making a connection. What some see as a nuisance can occasionally be a real benefit. Sometimes, you need a little break from what you just heard in order to have time to truly digest it. Once you are able to hear and absorb the music in context, its meaning is more likely to strike you with greater impact. The landmark Miles Davis album Bitches Brew comes to mind.

The first three or four times I got a copy was on CD. Nothing wrong with the sound quality, but there was so much information coming at me, and next to none of it would be considered “traditional.” At times, it was simply too much, and I didn’t get the record. Eventually, I bought a copy of the album on LP (I’m no quitter, dammit). I listened to the first side (of four), then I had to get up and turn the record over.

I spent the lull mentally interpreting what I’d just heard, and started to put a lot of the elements together. By the midpoint of Side 2, something clicked. Just like that, everything fell into place. I got it! I understood what was happening, and Bitches Brew became one of the most exciting records in my collection.

Granted, some records work better with the continuous flow of CD. Radiohead’s OK Computer comes to mind. It seems made to be heard as a continuous suite. I bought it on LP, but the music (while still brilliant) lost a little of its impact on me. Ultimately, I sold it back. No harm, no foul. I did keep my vinyl copy of In Rainbows. That one seems to work better.

Yes, I know: people listening digitally are capable of focus as well. I get it. What I’m saying is the temptation to let one’s focus slip is far more likely via stream. The same can be said of multi-disc CD players, which became the bane of my existence. When I upgraded my system, I refused to even look at anything other than a single-disc player. I have absolutely no regrets. Single disc players and turntables seem designed to force the listener to slow down and consider what is being played. And I’m pretty sure no one uses the old 70’s and 80’s “stacked” turntables anymore. Thank God.

If you’re content with downloads and streams, that’s your choice. I won’t try to stop you. But until you’ve really slowed down to listen in more “analog” fashion, you may be missing out on the best parts of your favorite music.

Now if you’ll excuse me, it’s time for Side Two!

You can follow me on Facebook, Twitter, and Instagram (cirdecsongs) My book, I Can’t Be the Only One Hearing This: A Lifetime of Music Through Eclectic Ears, is available from Amazon, Barnes and Noble, and other fine book dealers. I’m currently working on my next book, The Wizard of WOO: The Life and Music of Bernie Worrell