It’s Easter Sunday. For most, that means family, fellowship, and fun. The weather is perfect (sunny and just under 80). I’m about to start my shift. To me, the holiday means family disputes, drunkenness, reckless operation of motor bikes, and other forms of general stupidity. Cynical, to be certain. But I have 24 years of precedent to back me up.

I’ll have two rookies with me again today. My job has been to sit back and watch them work, answering questions where needed. My kind of day. Usually.

Based on what I hear the trainees saying, I have the feeling I’m regarded as “the fun field training officer.” It’s a title I’m happy to live with. This job can be grueling, and can really wear on the psyche. There’s a reason I want out next year. If I can teach people how to find joy in their work in addition to teaching them how to do the job properly, that is the proverbial win/win for me.

I’ve been asked more than once if I enjoy being an FTO. The quick answer is, it depends on the trainee. Some require a continuous “hands on” approach. Others respond well and quickly ton instruction, allowing me to take that step back and watch them work. So far, I’ve been pretty fortunate.

I hear trainees talk about their FTOs yelling at them, or forcing them to figure things out on their own with little to no prior instruction. I’m not fond of either of these methods. I’ve been through military basic training, where the drill sergeants spend weeks instructing by yelling and breaking the new soldier down prior to rebuilding him. I guess that’s necessary in the military, but it doesn’t feel right to do now. In fact, I’ve only yelled at a trainee once, and that was because of a critical — yet avoidable — error in the worst possible circumstances. And I regret that, just a little.

As the son of an educator, I feel it is important to teach first, then allow the student to apply what he has learned. This way, I can lay a solid foundation, and build from there. That just makes sense to me. Yesterday I got the chance to make sure I was doing my job by instructing my experienced trainee to teach what he had learned to a newer trainee who rode with us. “Learn it. Do it. Teach it.” The experiment was, for the most part, successful.

To be certain, my trainees will have a healthy knowledge of below-the-radar music, in addition to the fundamentals of law enforcement. I’m a firm believer in balance, keeping both sides of the brain in play. My methods, I’m sure, are unconventional. But I’ve had no complaints.

It’s Jazz Sunday. Sonny Rollins, Pat Metheny, Brad Mehldau, Max Roach, and a few others are paying a visit. I’m also reading Anil Prasad’s complete transcription of the Robert Fripp press conference, part of which drew my ire. It will be good to “hear” everything that was said in context. Perhaps that will help quell any lingering irritation.

It may be necessary to create a rather regimented routine to ensure the optimum use of my time. This goes against my “fly by night” nature. But if I want to get things done, that may be the best way to go about it. 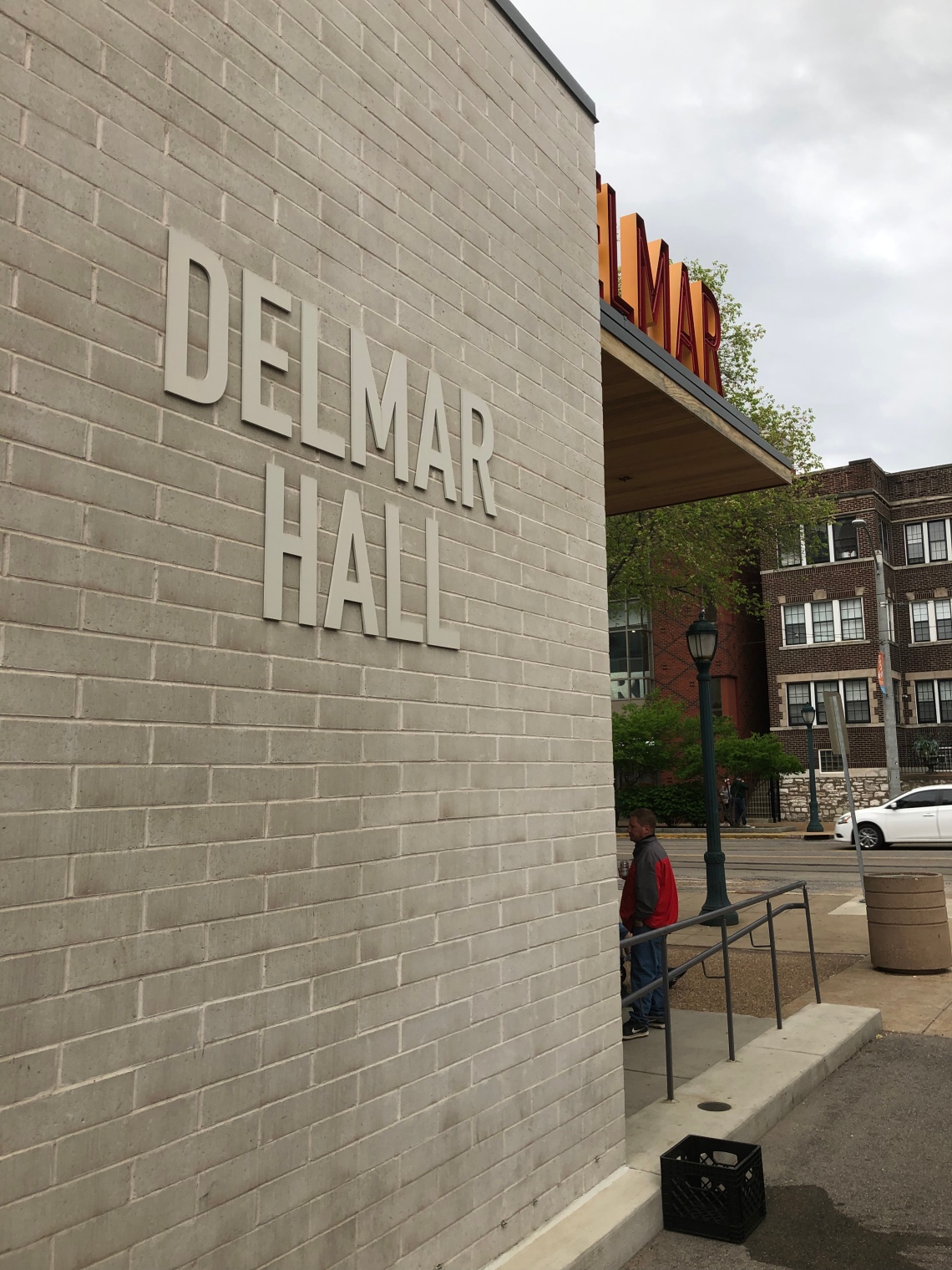 The Claypool/Lennon Delirium sold out. I got here early, anticipating a line outside. It was a smart move. It was looking like rain, and I was able to get under cover. I didn’t have to stay outside for long anyway. Now I wait for the doors to open with everyone else.

Inside, the band is doing a “meet and greet.” For $175 or so, you can say hello to the artists, get an autograph, and maybe a picture. Maybe the fans get an extra trinket or two. Regardless, I’ll pass. Frankly, I’ve met just about every artist I’ve been eager to meet. Everyone else is just a bonus. If I’m gonna spend a boatload of money on a band, there will be merch involved. Those emerging from their VIP moment seem pretty happy. Good for them.

As of this moment, mine is the only African-American face I see. This is nothing new. But it threw the young man in front of me for a bit of a loop. He’s from southern Missouri (as his accent told me), and all of 23 or so. We exchanged quick pleasantries, and then he asked, “Are you working here?” No, I’m here to see the show. I’ll probably even write about it. “Really? You’ve seen Les before?” This is my fourth time, each time in a different context. This is followed by me rattling off my Les Claypool fandom, dating back to before this kid was born. He seemed both satisfied and embarrassed. He bought me a beer once we came inside, and has since glommed himself on to another seemingly more appropriate group of guys.

I suppose this kind of thing should piss me off. But at this stage, I’m just used to it. Andre and I discussed this issue during my interview with him. His response pretty much echoed what was in my head.

Update: a black woman just emerged from the meet and greet. Our numbers have doubled, just like that! I’m laughing, and at least two people around me are wondering why. 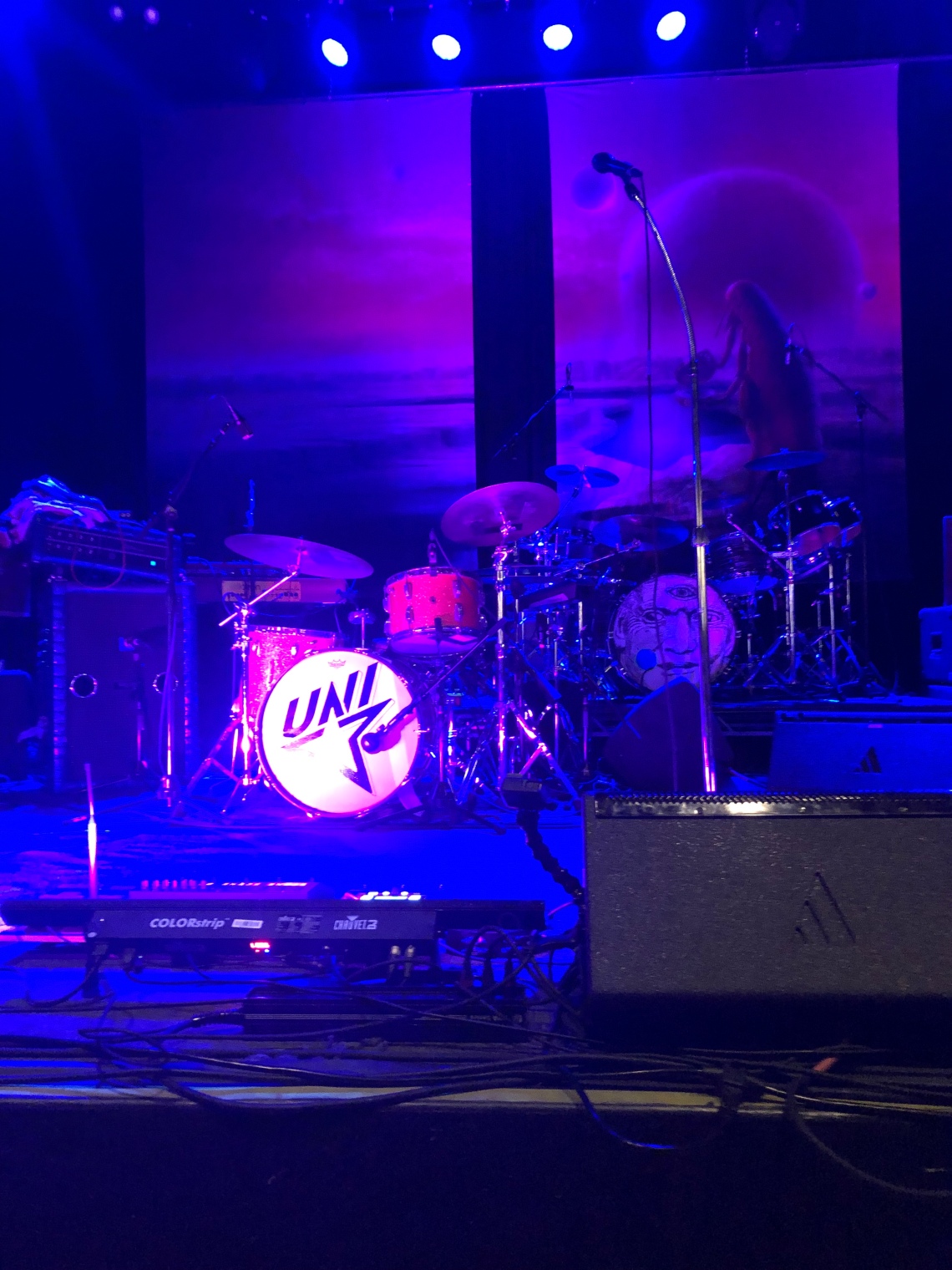 I’m inside, and less than 10 feet from the stage. Les will probably wind up just to my left. The rest of the African-American delegation, coincidentally, stands to my left. Almost like it was planned. How funny. The room is filling up quickly behind me. There should be a lot of energy in this room tonight. 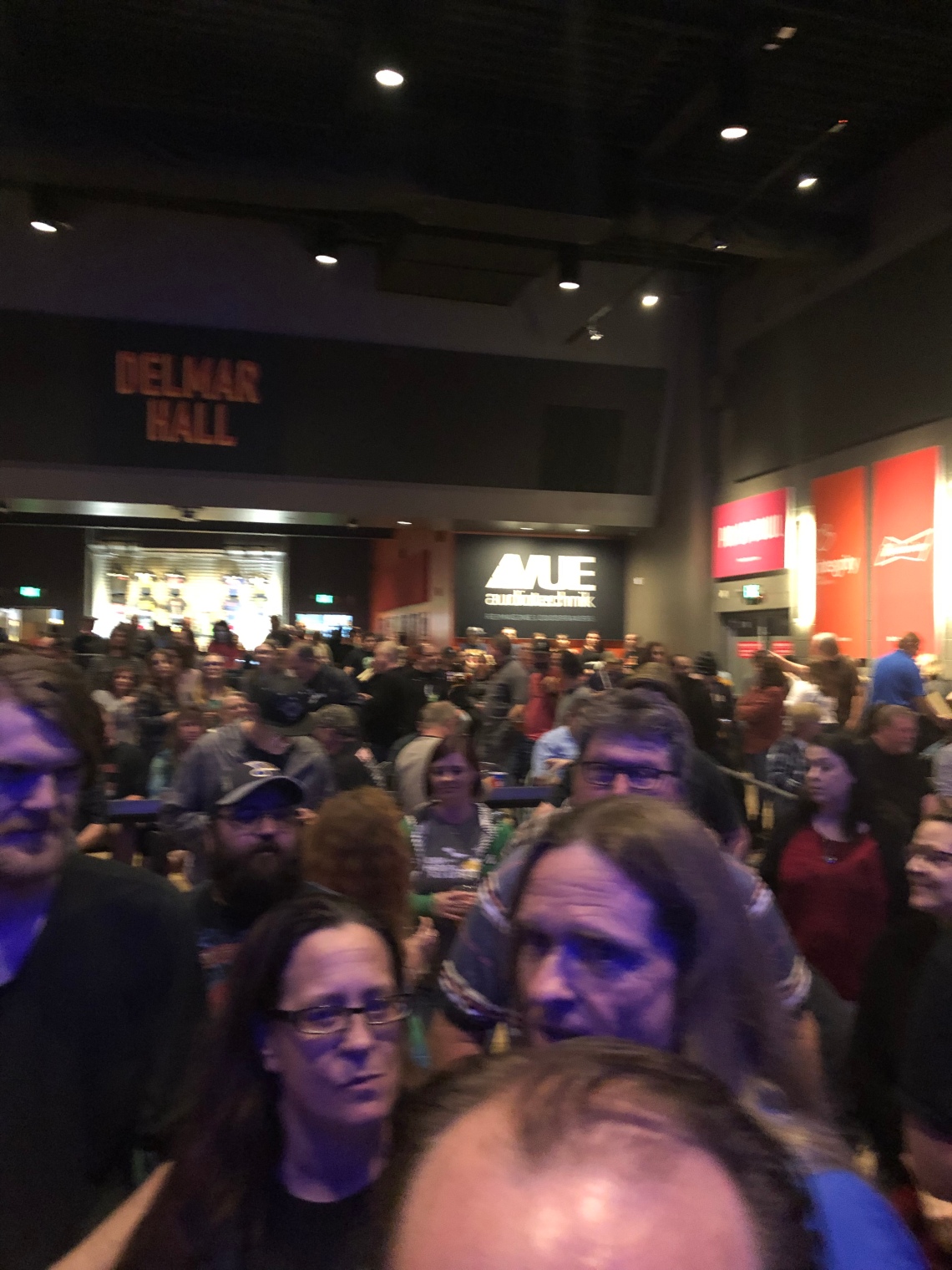 The Claypool/Lennon Delirium show was a bloody good show indeed. I’ve always enjoyed Les Claypool’s work, but I also walked away with a new level of respect for Sean Lennon, who more than held his own as the band’s co-lead vocalist and guitarist. 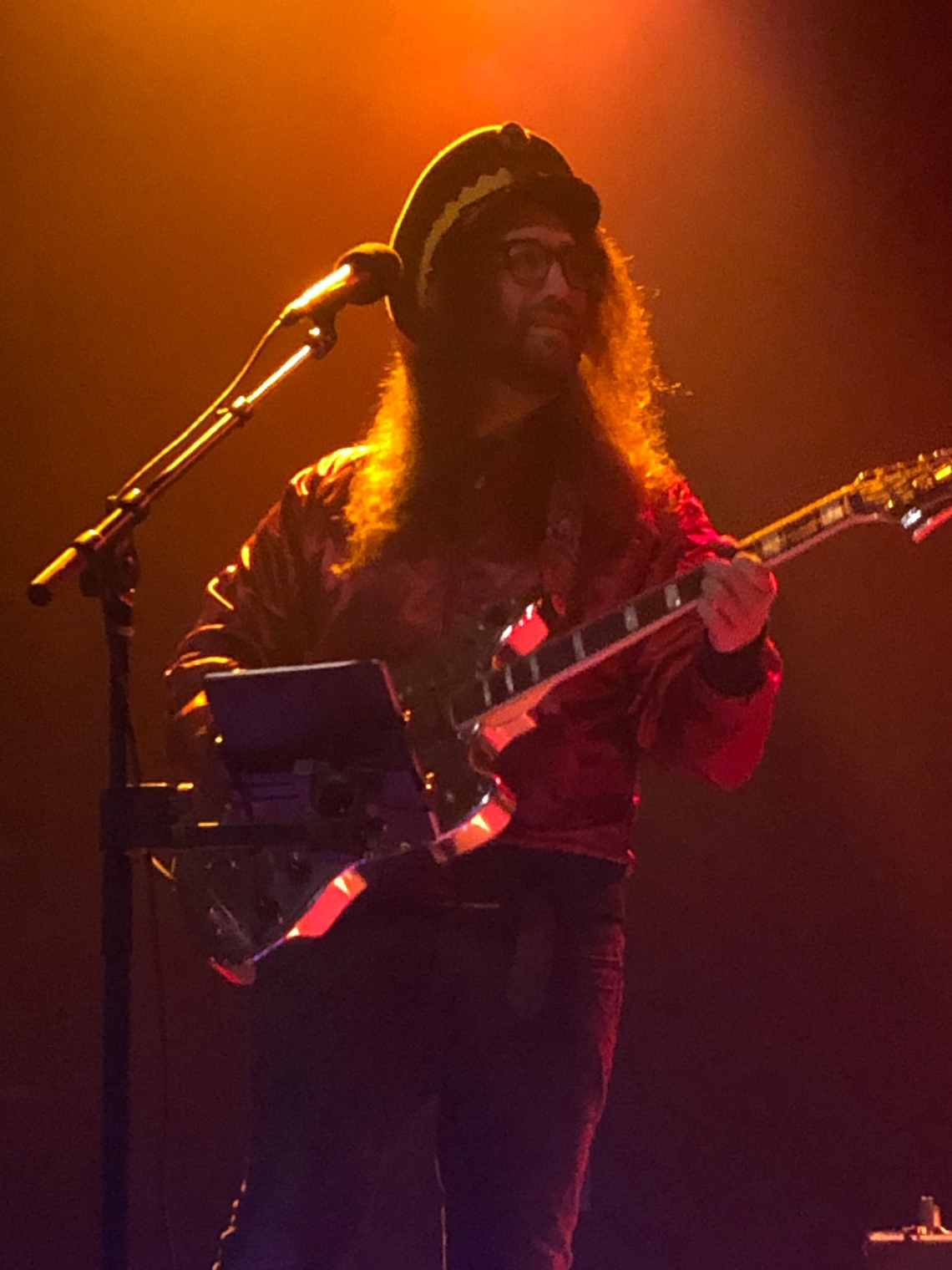 The band focused its efforts on their two albums, as they should. But they also mixed in a couple of interesting covers. Out of nowhere, I found myself hearing a marvelous rendition of “In the Court of the Crimson King,” where the vocals were shared by both frontmen. Claypool also treated us to the Primus classic “Southbound Pachyderm,” while Lennon — under no obligation to do so — delivered a marvelous rendition of the Beatles legendary “Tomorrow Never Knows,” complete with some rather nifty guitar work.

A young lady got hold of the evening’ set list. Normally, this wouldn’t concern me. I just wanted to remember what songs were played. But even said list was artistic. I couldn’t not share it. 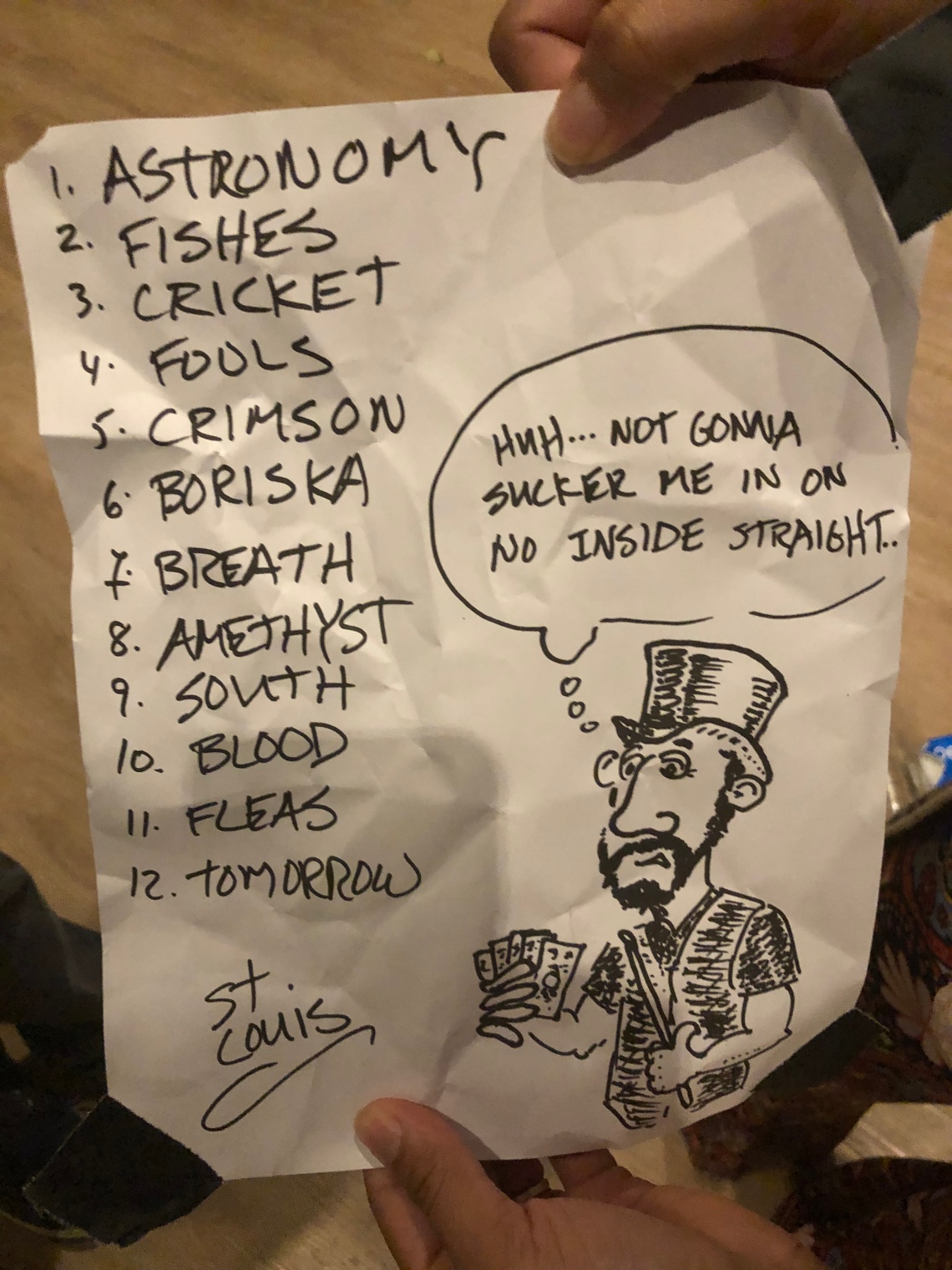 Every now and then, I’m lucky enough to catch an opening act just as captivating as the headliner. Last night was one of those gigs. A New York glam rock outfit called Uni put on one helluva show. I almost hated to see them leave. I had a hunch about them before the show, and looked for them on Bandcamp. Luckily, I found them. We’ll be spending a little more time together in the coming days. 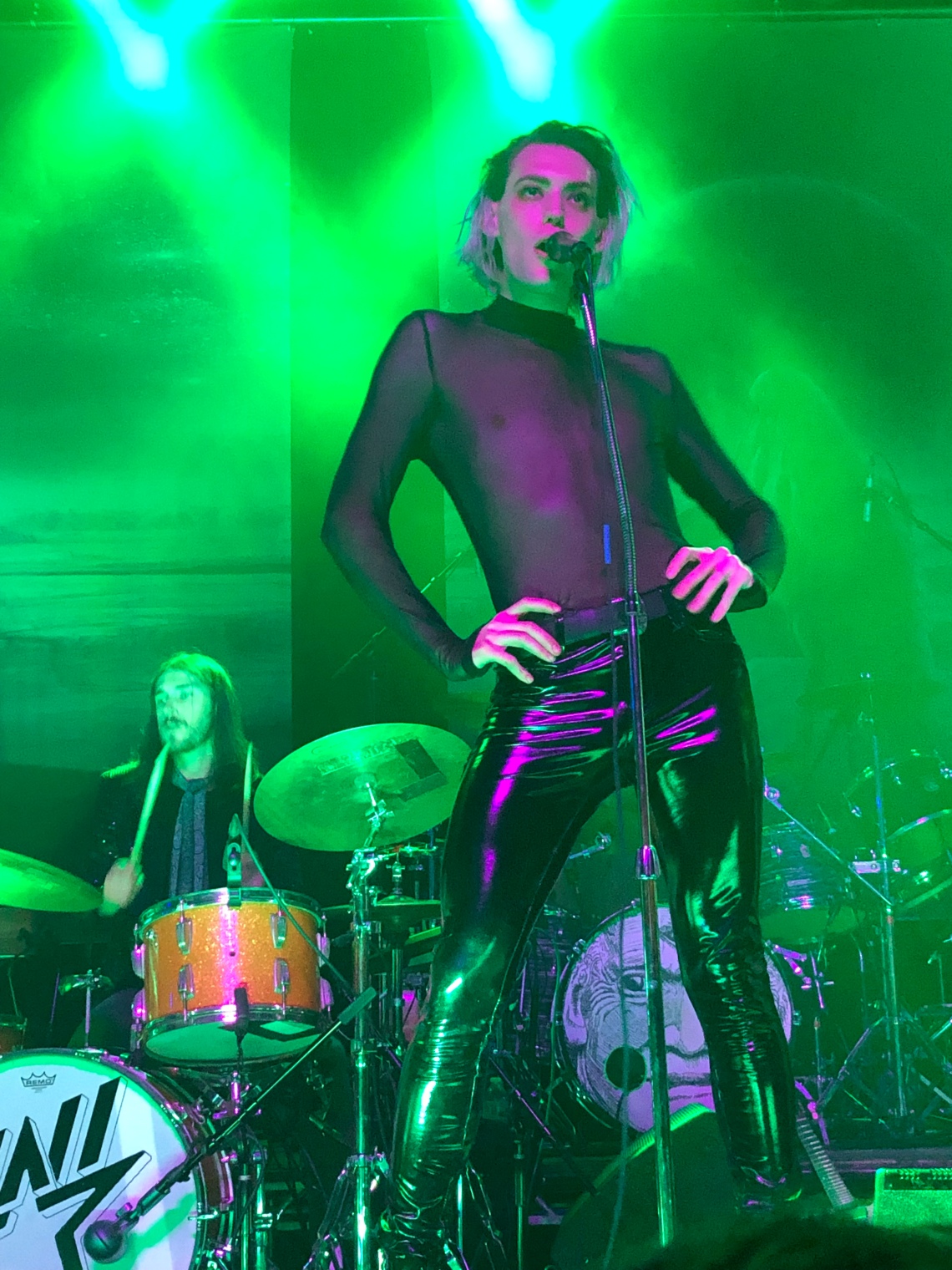 The energy in the room was a bit tepid, given the sold out crowd. That seems to be almost typical, no matter how enthusiastic the St. Louis audience may seem. Now that I’ve attended shows in Chicago and Nashville, I constantly find myself asking just where the energy goes from the time my fellow St. Louisans hit the door until the end of the gig. It’s a mystery that may never be solved.

Last night’s gig had me standing for the better part of five hours, including three in the same place. I came home with aching feet, knees, hips, and a sore back. Makes me wonder how I’ve gotten through three days of Progtoberfest. The short answer is I was constantly in motion there, and I took advantage of sitting when I could. This was different. And more painful. I’ve got to get in better shape for those gigs.

While I stood waiting for the opening act, a friend texted and invited me to the Cardinals game the next day. Great seats, free ticket. How could I refuse? And so, I found myself here today. 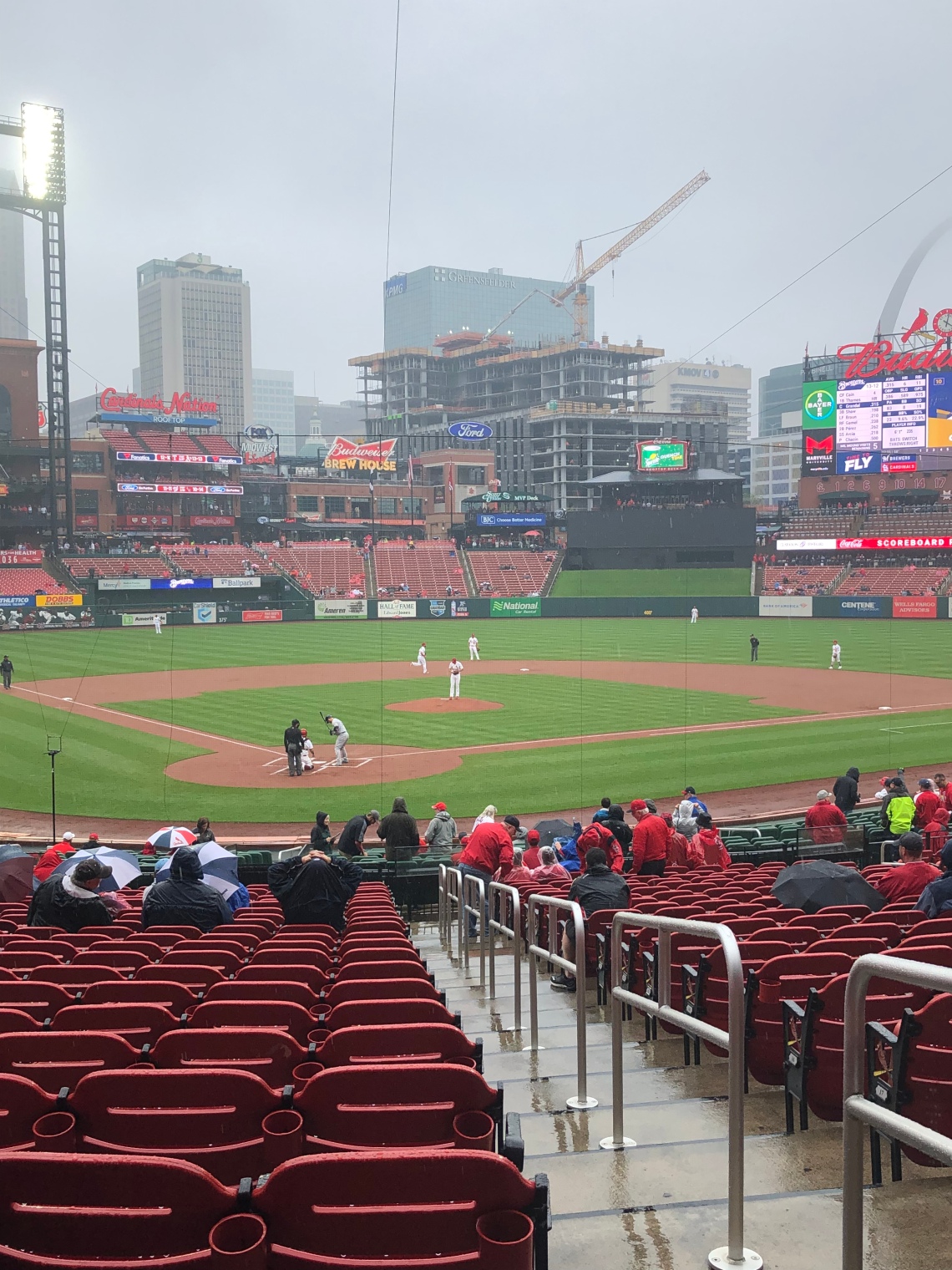 It was a nice change of pace, and my Cardinals swept the Brewers. I’m gonna call that a win-win. Rain threatened all day, but held off, for which we were grateful.

I would rather take a beating than waste part of my day at the DMV. But since it’s a necessity, here I am. This is the first of several tasks I will be bouncing about and trying to handle.

There are now seven of us here, and one very … slow … clerk waiting on us. Maybe it’s the person she’s dealing with. All I know is I’ve been here for 15 minutes and everyone is in the exact same place. And I’ve got four more people ahead of me. This does not bode well.

A busy life forced me to put Nate Chinen’s book aside for a bit. I’ve picked it back up. Now seems like the perfect time to get back into it.

The irony of spinning one’s wheels at the DMV is not lost on me.

Every now and then, I have one of those periods where I need to shut down and separate myself from pretty much everything and everyone. That’s been the last couple of days. Not to worry … you haven’t missed much.

Today is a special day, albeit one of mixed emotions. Thirty-one years ago today, I boarded a plane and made my way to Lackland Air Force Base to begin a nearly five-year adventure that would take me to South Carolina, North Carolina, Florida, Virginia, Puerto Rico, and ultimately Japan. Much of who I am was created by this career path. It was an amazing life experience, and I don’t regret joining for a second. I also don’t regret getting out, even if it does mean I could be retired from that life by now.

Today is also the birthday of someone I once held near and dear as a friend. There is nothing sadder than being let down by someone you once would have given your life for. But the years shape us into who we ultimately become, and sometimes that isn’t necessarily a good thing. Suddenly you realize the relationship is toxic, and you have to remove yourself from the equation. It still breaks my heart. And so, for the first time in a very long time, I will not be wishing this friend a Happy Birthday. It’s probably for the best. Luckily, I have more friends.

It’s gonna be a 15-hour work day today. As it happens, I have this to keep me company. 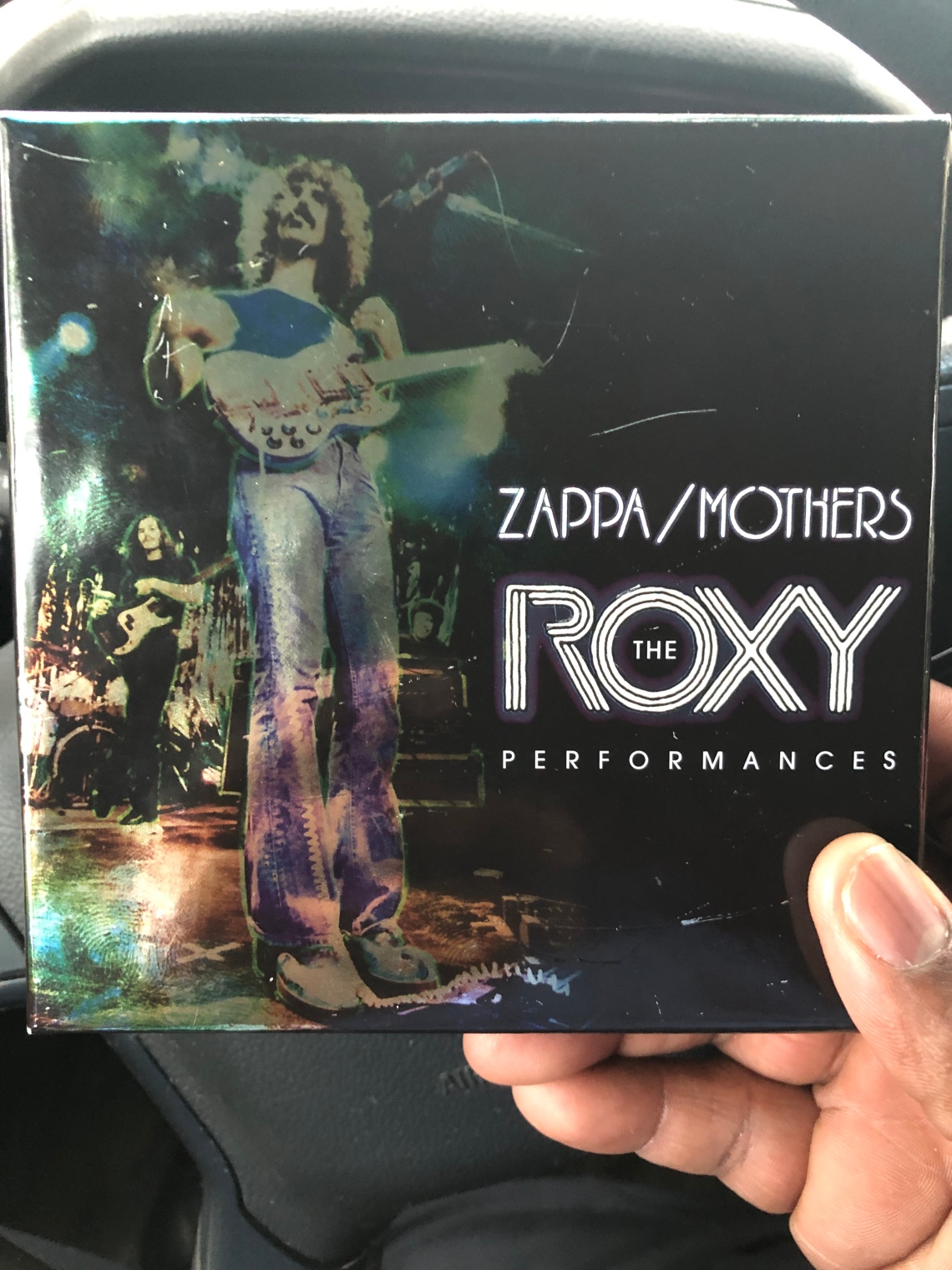 It’s hands down my favorite Zappa period. The band’s abilities are nothing short of astounding. But you can read about that in my book, and then listen for yourself.