Day 2: Know Your History, and Apply It

MEMPHIS, TN — I like seeing something familiar through fresh eyes. Which is why it’s good to have my sister with me on this particular road trip. What’s familiar to me is new to her.

And that makes it fun again. 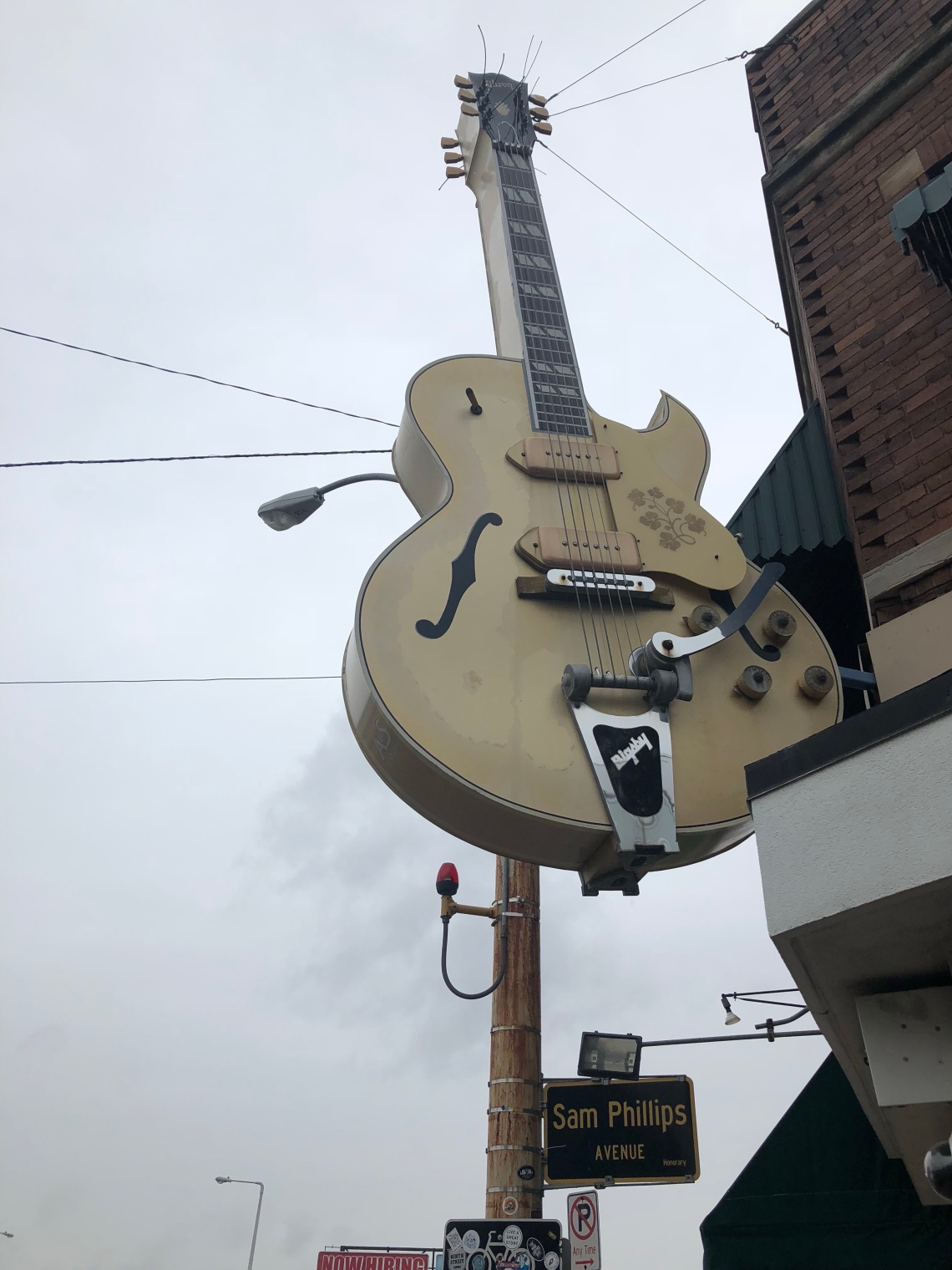 First up was a trip to the legendary Sun Studio. It’s justifiably viewed as one of the centerpieces of modern recorded music. Which is what makes the place so … surprising.

On my first trip, I was all set to walk through a vast musical complex full of room after room of music history. That’s not quite the case. Sun Studio is a room. A room full of history, but a room all the same.

From a space not much bigger than my apartment, legends were born. Cash. Orbison. Perkins. Lewis. King. And, of course, Elvis. The spots where Elvis Presley’s first trio recorded are marked on the studio floor. Reportedly, Bob Dylan once came into the studio, walked up to Elvis’s mark on the floor (a small “X” in black tape), knelt down and kiss said mark, and left!

And you’re allowed to handle the first microphone used at Sun Studio, made famous by Elvis and many others. I passed the first time I saw it. This time, what the hell …

As is my common neuroses, I worried my sister might be bored by something I was interested in. But she was fascinated, asking more questions than I ever did! It was all I could hope for, and then some! That made our second stop even easier.

The Stax Museum of American Soul Music is probably my favorite musical place in Memphis. Not only is it an amazing trip back in time, it’s an amazing trip back to my parent’s living room. Artist after artist, song after song, it sounded like I was in my old home in suburban St. Louis.

The amount of historical material in the museum can be overwhelming! I was really glad to take this tour a second time. I was able to focus on a few things I missed before. Like Sun, Stax is loaded with legends. Al Green. Isaac Hayes. The Bar-Kays. Otis Redding. Sam Cooke. There’s a reason I enjoy my Soul Saturdays so much.

My original thought was to dive headlong into buying a ton of Stax recordings, expanding my collection by leaps and bounds. But there’s so much music, it was practically paralyzing. And my budget only takes me so far. So I compromised, and bought a 3-CD, 60-song set covering the era. From here, I can figure out what I want more of.

My sister was as thrilled as I was. That was good to see. It was fun to see the recognition in her eyes on song after song. Since she’s four years younger than me, I wasn’t completely sure she’d remember as many as I did. Things worked out fine.

From there, it was off to Beale Street, legendary for great food and great music. The street wasn’t bustling the way it was on my last trip. But since it was Wednesday, that pretty much made sense. So we did touristy things, and had a good meal at the Blues City Cafe.

While I sat and enjoyed a beer, a tune on the overhead speakers caught my attention. It was an absolutely smoldering piece of blues from a Chicago native named Jimmy D. Lane. And he was being backed by Double Trouble, who rose to prominence with the late, great Stevie Ray Vaughan. Nothing else could happen until this tune was complete.

My original plan was to wander Beale Street and take in some live bands. Alas, it was Wednesday. Nothing would happen until later, and my sister and I where whipped. So that’s the plan for tomorrow: one more fun night before it’s time to go home.

Rest assured, I’ll be applying all I learned today.