I found myself in Nashville a couple of weeks back. Once I had seen John McLaughlin and gotten a good night’s sleep, it was time to explore the town. This meant finding a good place for a meal and a record store or two. It only seemed logical to reach out to my musical hero, Adrian Belew, for advice on record stores. After all, he lives just outside Nashville.

Adrian suggested I go to Grimey’s for my record shopping needs. His endorsement was all the impetus I needed.

Before I got to my intended destination, I first found myself at Third Man Records. I met some nice people at the concert, and they suggested I give this store a try. As it happens, it was on my way. So I stopped in. 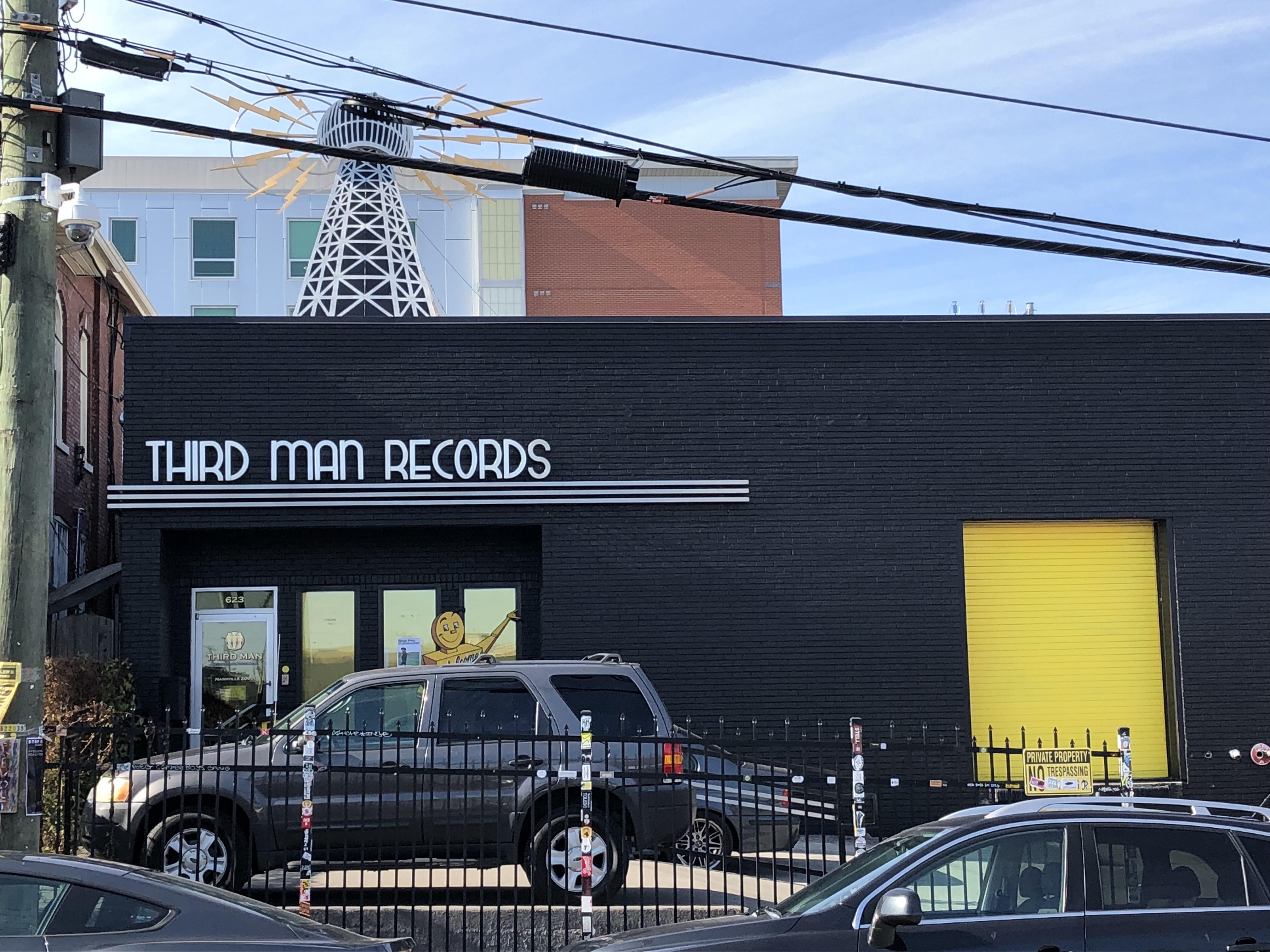 Third Man is a fascinating place to visit, but wouldn’t be my default location for record shopping. It struck me as a hipster’s paradise, full of novelty items and somewhat overpriced vinyl. Forty bucks for a 3-LP Jack White album? No, thanks. I should probably note that White owns the place, and his influence can be felt everywhere. I don’t mean this as a bad thing. It just is what it is. It was a nice place to visit. 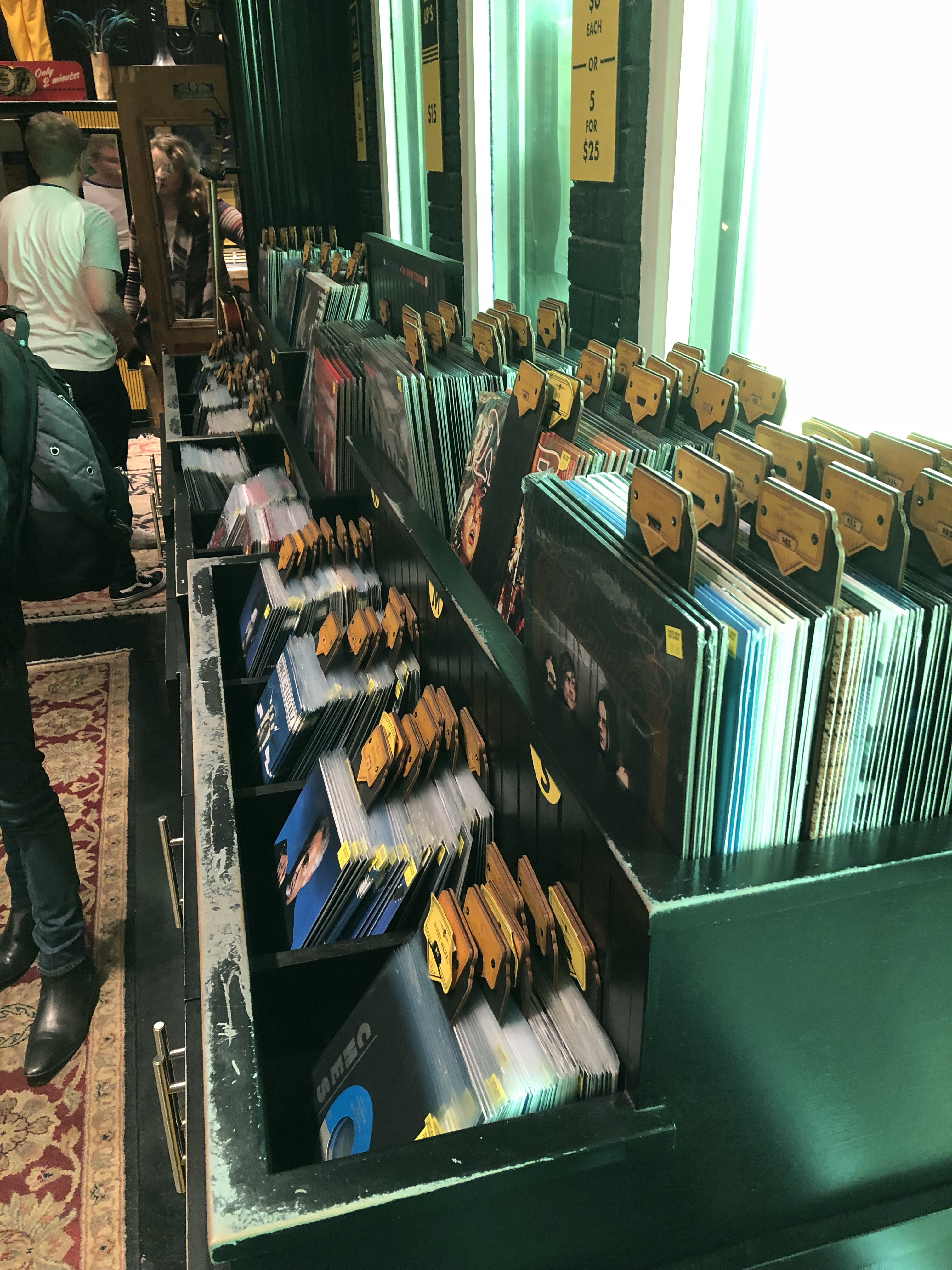 The ladies working there were kind, and helped me as best they could. My quest for the Nashville sound netted me this LP from William Tyler. 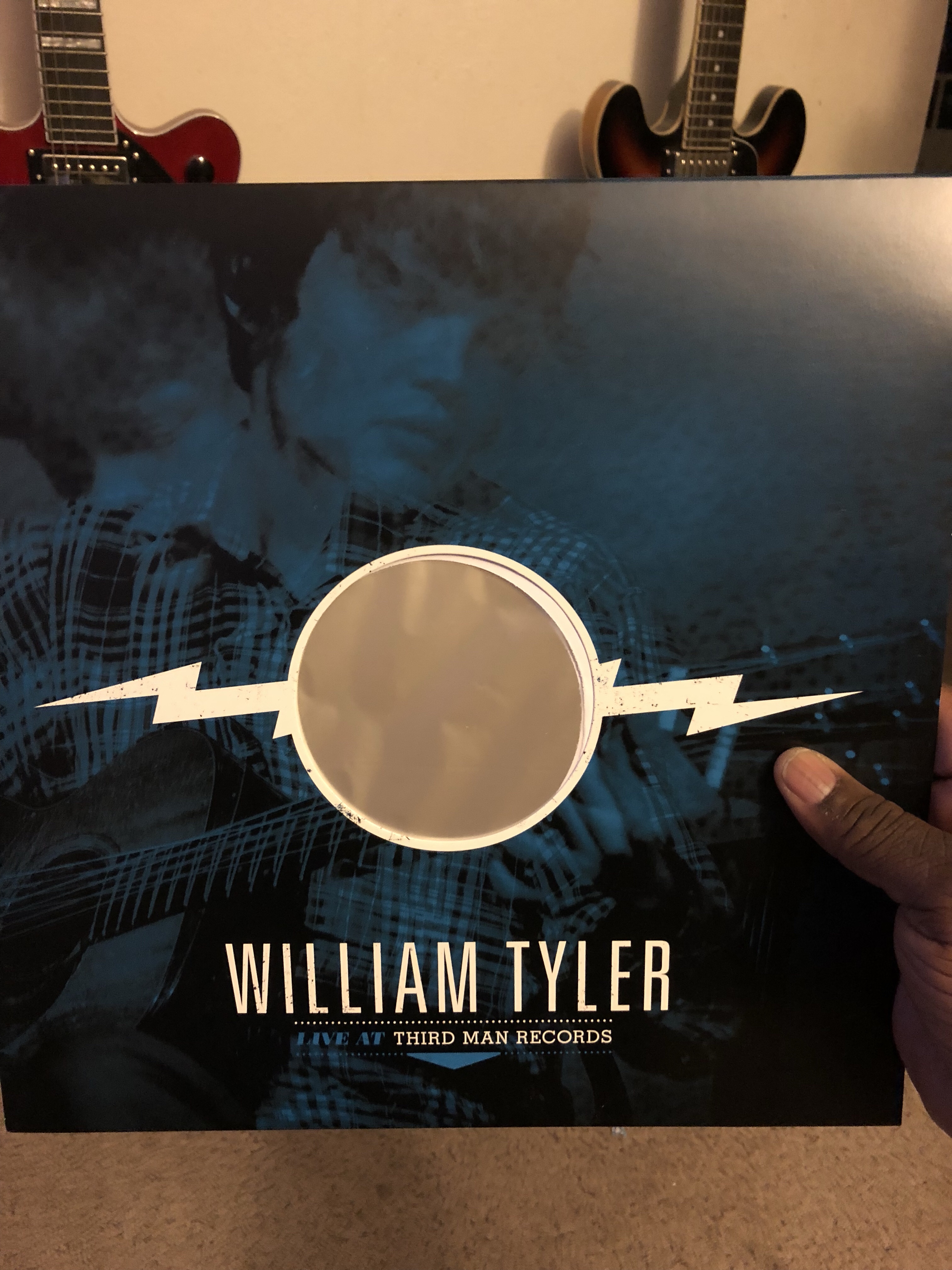 When I mentioned that my next stop was Grimey’s, the Third Man ladies cooed almost in unison. “Oh, that’s a GREAT place,” one of them said. “You’re going to enjoy it.” She wasn’t wrong.

Fifteen minutes later, I found myself at Grimey’s, a stately, if low-key building that easily could’ve been somebody’s house once upon a time. It blends nicely into the landscape. I’m glad I saw the sign out front. 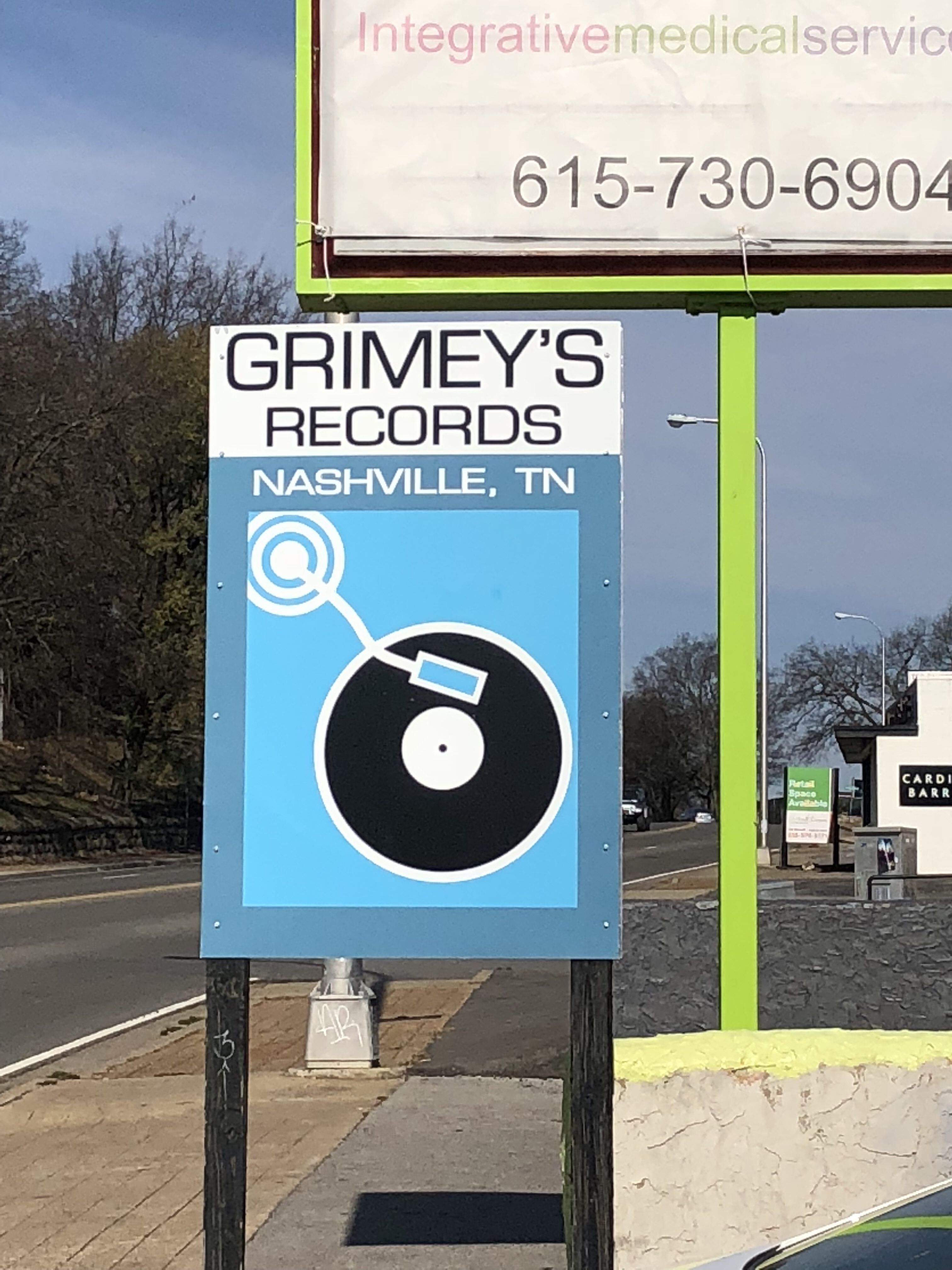 I didn’t have both feet through the door, and I already knew I was in the right place. In fact, I got the attention of one of the store’s clerks when I said aloud, “Now this is more like it!” as I walked in.

Spend enough time in record stores and you can tell who’s trying to just make the scene, and who is legitimately trying to sell music. Third Man felt like the former. Grimey’s is definitely the latter! Nick, the clerk who waited on me first, drove that point home quickly. 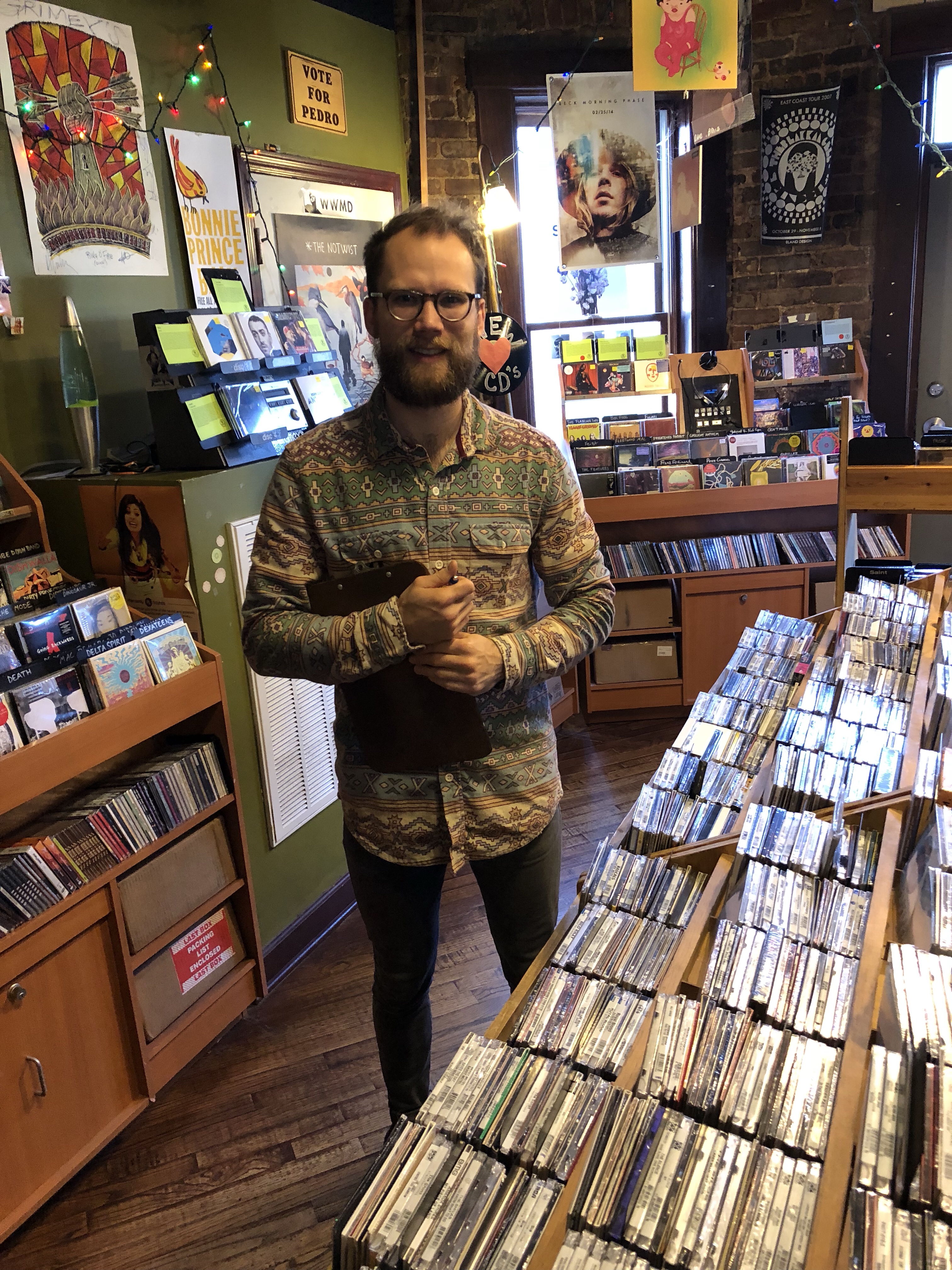 I’m not a name-dropper by nature, but this time I couldn’t help myself. “I don’t want to put any pressure on you,” I said after Nick asked how he could help, “But Adrian Belew sent me here. He told me this was THE place in Nashville to shop for records.”

If Nick was faking his rather surprised expression, he did it well. “Really?” he exclaimed. “Well, we’d best not let him down!” This led to a brief conversation about how I knew Ade, his contributions to my book, and my quest for the “Nashville Sound.”

One thing was certain: I was going to have plenty to choose from. While Grimey’s was a bit smaller than most other stores I’d visited, the space is used incredibly well! Every twist and turn, every nook and cranny is loaded with music, music, music! Compact discs run into LPs and back into CDs on two or three occasions. This store is a great place to get lost, even if it is hard to actually do so. 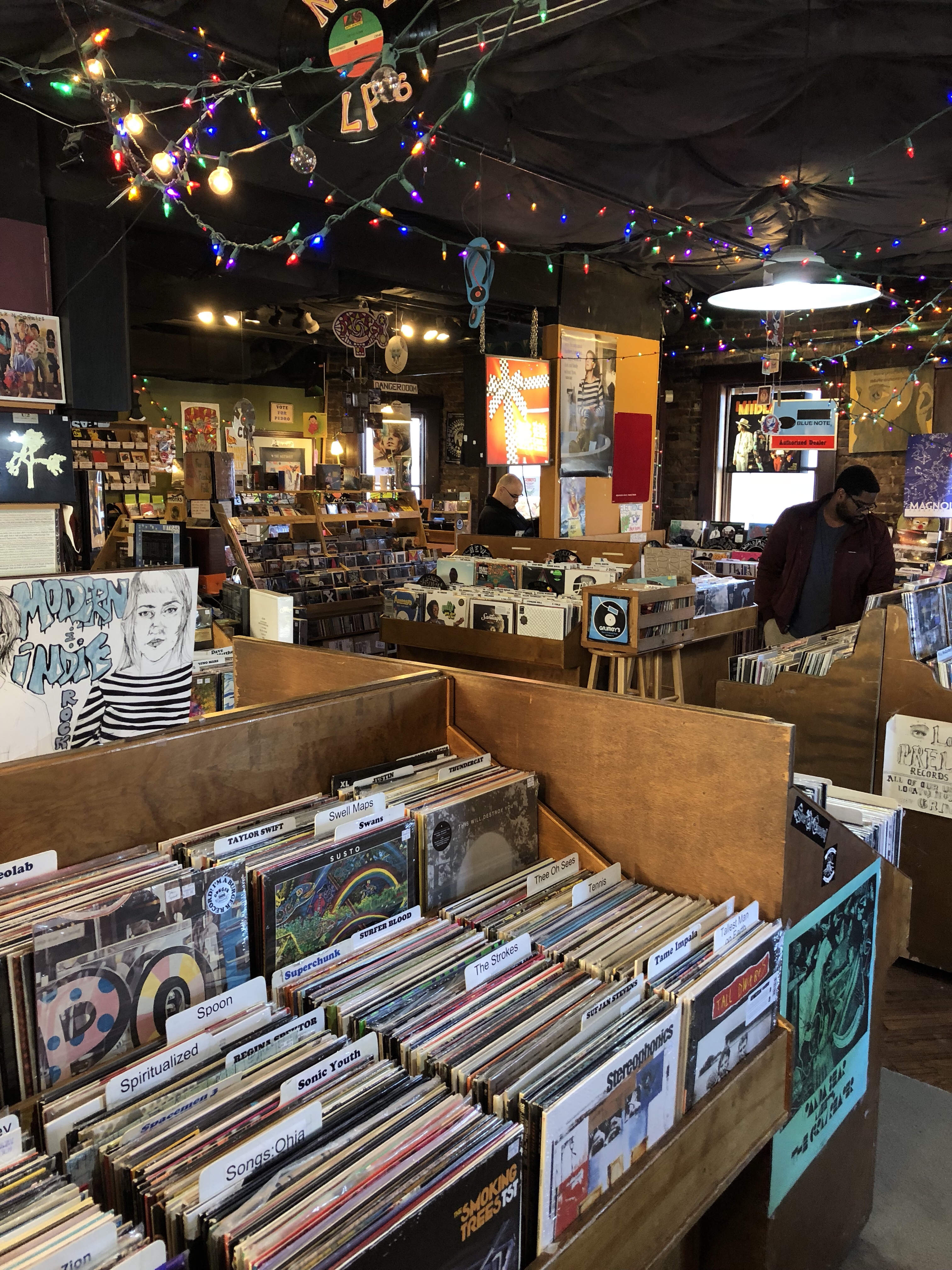 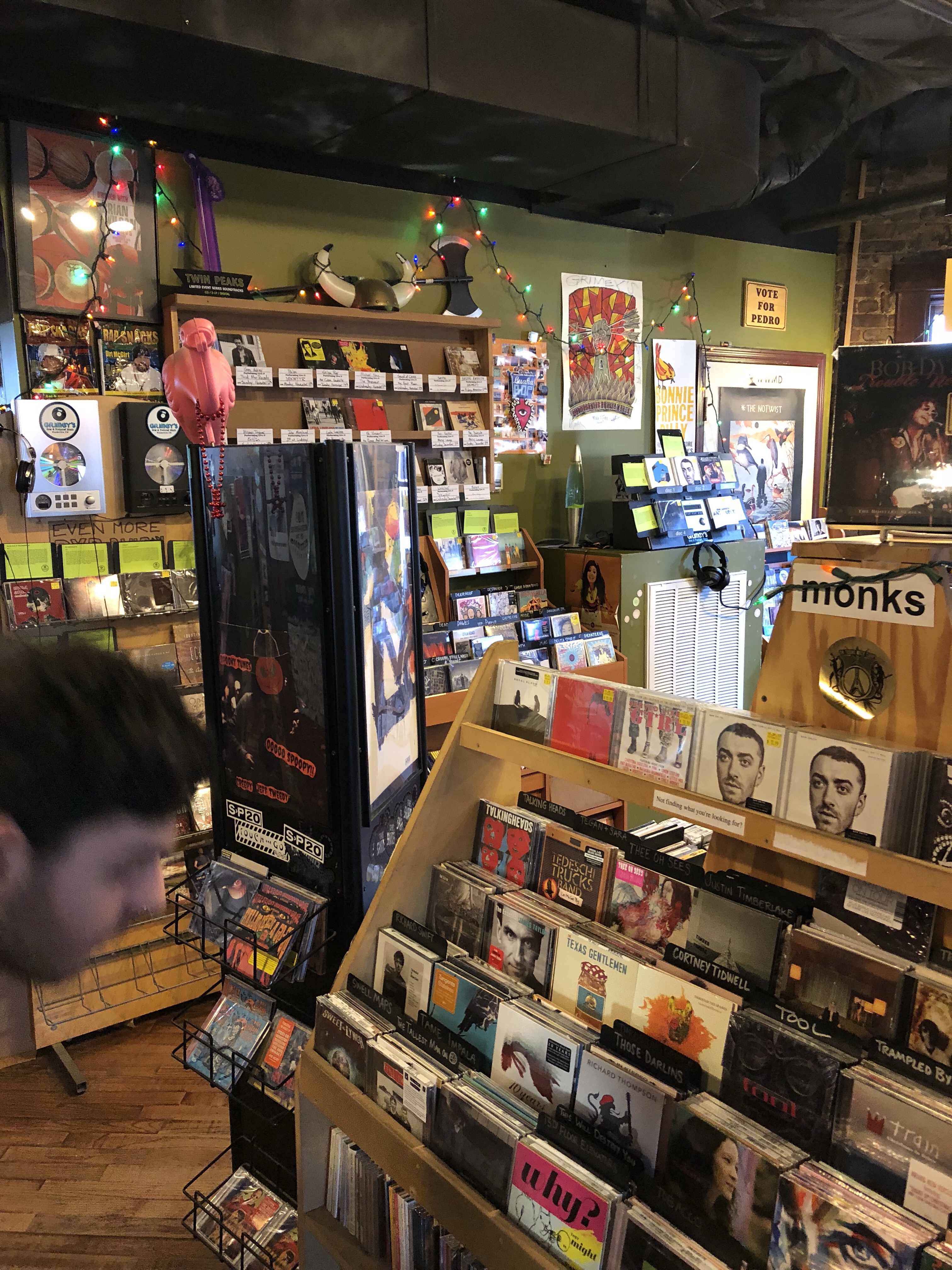 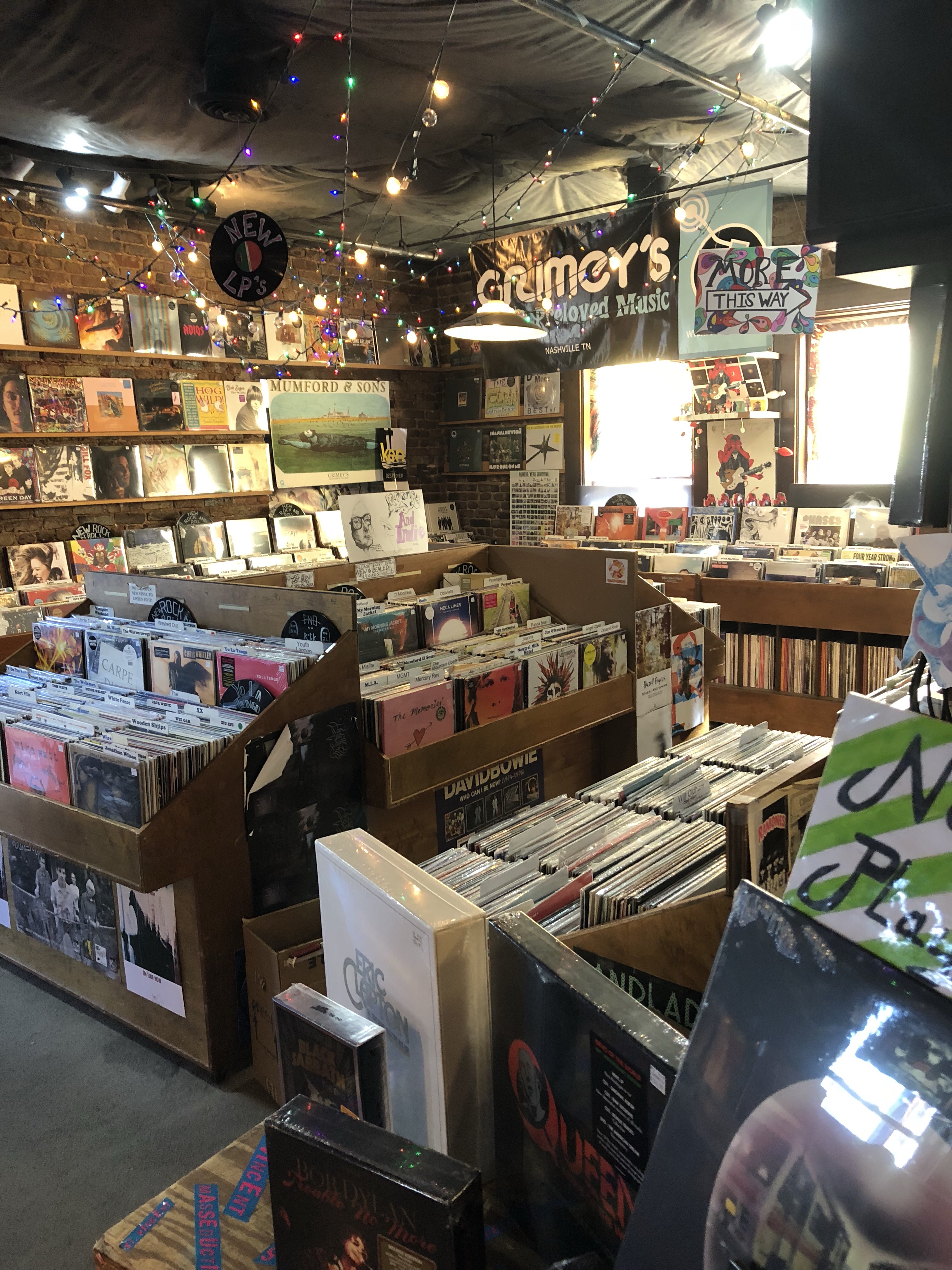 Nick also knew enough to grasp that “Nashville Sound” didn’t necessarily mean Country music, which would be some people’s first thought. Nick was quick to point out (even though I already knew it) that musicians of all kinds worked in this town, which meant a wide variety of recordings were available. In the end, I came home with this little haul, but only because my budget wouldn’t let me push things further. 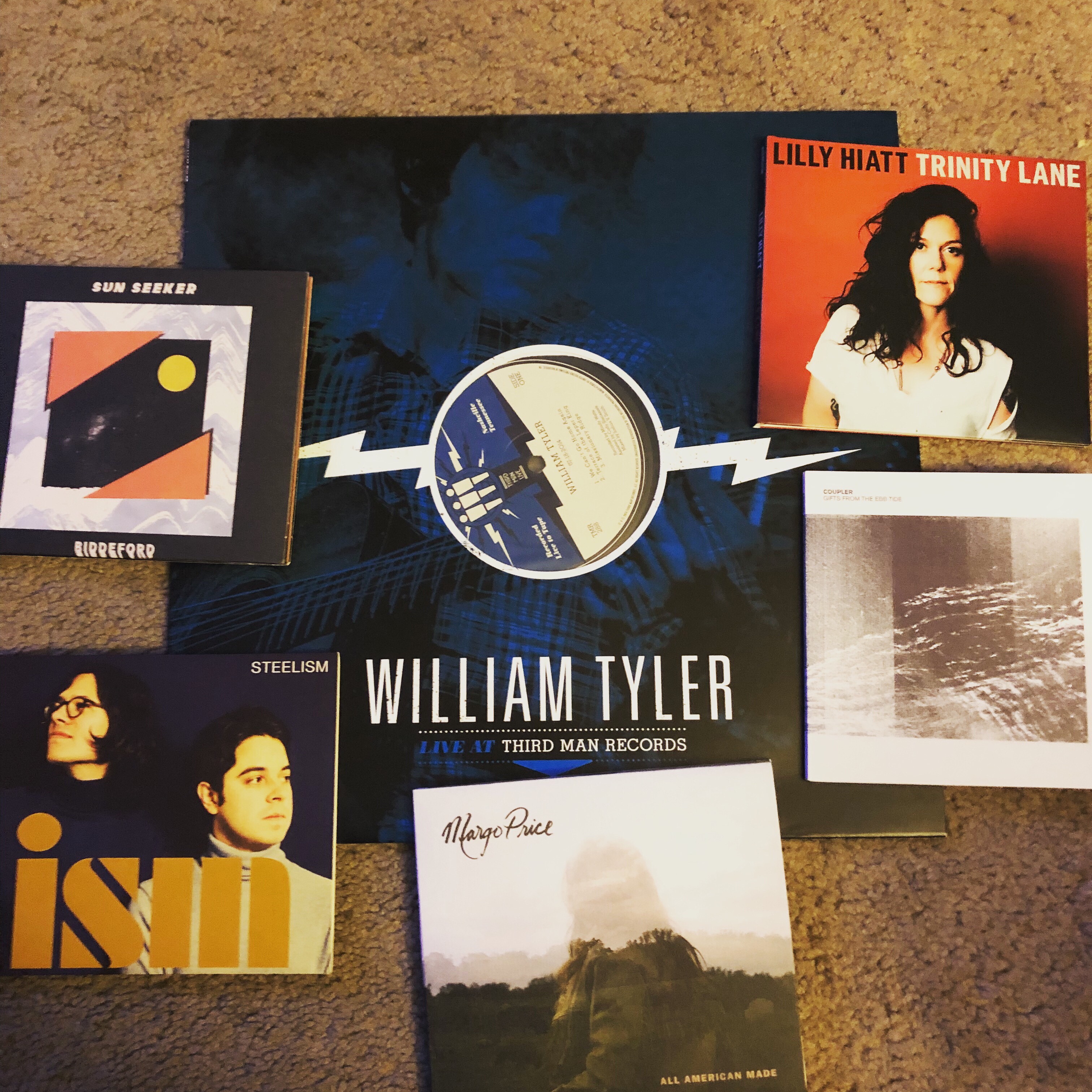 For what it’s worth, I nearly bought Margo Price at Third Man. The ladies were quite enthused about it. Price was also one of Nick’s first picks, and that sealed the deal. My favorite clerk also referred me to his cohorts Joe and Larry for further consultation. They were all so helpful, I have no choice but to go back ASAP with a wad of cash and the desire to strain my media shelves a bit more.

I’ll cover the music I bought in another post. For now I’ll just say I’m incredibly happy with my purchases. Grimey’s is an amazing store, designed for true music lovers and the seekers of lost and undiscovered treasure. If it’s not the best record store I visited this year, it’s definitely in the top two.