Sometimes, I get a feeling about a musician. I hear something that grabs my attention, and never quite lets go. More often than not, I find this musician at or near the apex of his or her creativity. But once in a great while, I’m there for the beginning, and I have the privilege of listening to that artist grow and develop right before my ears. Bassist Julie Slick is one of those musicians.

I first became aware of Julie as part of Adrian Belew’s rhythm section. She and her younger brother, Eric (who plays drums) made up two-thirds of Adrian’s Power Trio. Right from the start, they were a force to be reckoned with. The siblings (both graduates of Paul Green’s School of Rock in Philadelphia) weren’t old enough to drink legally, but they played like musicians twice their age. I was positively stunned by their abilities. Eric ultimately left the band to join Dr. Dog, but Julie stayed with Adrian, providing the rock-solid low-end foundation his music needed.

One would almost expect someone with her musical abilities to be a little standoffish or arrogant. Julie is the polar opposite. She is one of the most kind-hearted and unassuming artists I’ve ever met. The first time we met, I shook her hand and said, “You are one very talented young lady!” She gave me this aw, shucks smile and thanked me. This solidified my feelings about her abilities. Every good musician has a cocky side. The best ones only release that side on stage, which is precisely what Julie does.

It wasn’t long before Julie was ready to start branching out. She released her first solo album, called Julie Slick, in 2010. I could hear Julie playing bass along with the sum of her influences, like Frank Zappa and King Crimson. There were also some interesting electronic overtones. This was one creative young lady!

I was completely taken by Julie’s musical potential. So much so, I contributed to the financing of her second solo album, called Terroir. It was a relatively small contribution, but I knew I had to give something to make the album a reality. Julie was kind enough to send me an autographed copy. And for the first time ever, I was thanked in someone’s liner notes!

Terroir caught me off guard at first. It’s quirkier than Julie’s debut, pushing further and deeper into that musical gray area where angels fear to tread (but where the best music is found). But the more I played it, the more I loved it! Not only were Julie’s chops evolving, she was surrounding herself with top-flight musicians like guitarists David Torn and Tim Motzer, and drummers Marco Minnemann and Pat Mastelotto. This album is the sound of a musician truly finding herself.

The best musicians often need a foil, someone who stirs them up creatively and inspires bigger and better things. Julie found hers in fellow bassist Marco Machera. The young Italian gave Julie the perfect foundation for her new love, a six-string bass from Lakland. The Lakland Bass VI and Julie Slick seemed to be made for each other, and music already being produced at a high level was pushed even further out. The bass duo released an amazing album called Fourth Dementia. Upon hearing the album, I found it to be appropriately named for a multitude of reasons. But those reasons are better heard than explained.

The two bassists realized they were on to something, and gave their project a name, EchoTest. A year after debuting, the duo struck again with Le Fil Rouge. The music is that of an artist content to lead from the background. Julie doesn’t let her playing ability interfere with anything happening elsewhere. This is another trait of a top-flight musician: they know when to play, and they know when to get out of the way!

Clearly, Julie and Marco inspire one another, because EchoTest has struck yet again, releasing their third album in as many years. This one is called From Two Balconies. With each album, the musicians are evolving toward the next logical step. With this album, the evolution demanded vocals. The band also put together a rather sophisticated music video for the first single, “Supercell.”

I really like where this band is headed, and look forward to hearing more.

Julie was kind enough to sit and talk to me for an hour the last time she and Adrian were in St. Louis, back in 2014. Her words are sprinkled throughout my forthcoming book, I Can’t Be the Only One Hearing This: A Lifetime of Music Through Eclectic Ears. Like her playing ability, her musical insight is mature well beyond her actual years.

The musical career of Julie Slick is one well worth following. True fans of creative, adventurous music owe it to themselves to visit http://julieslick.bandcamp.com, where there is even more great sound to be found. I get to see Julie with Adrian again at the end of March. But my real hope is to see EchoTest in my fair city, sooner rather than later. I guarantee I’ll be there, cheering loudly from the front row. 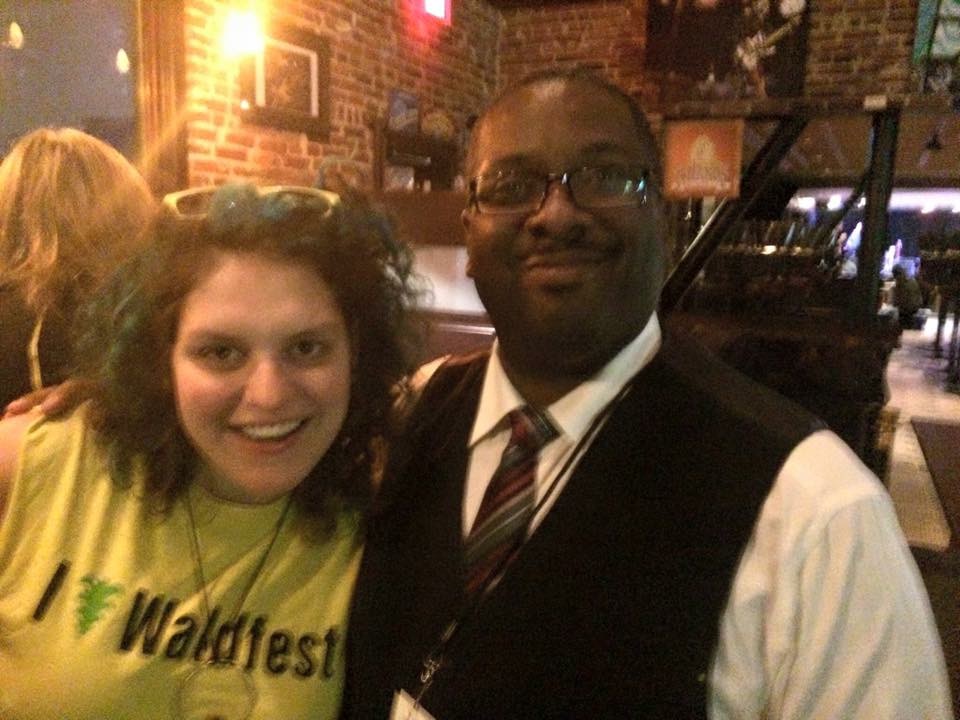