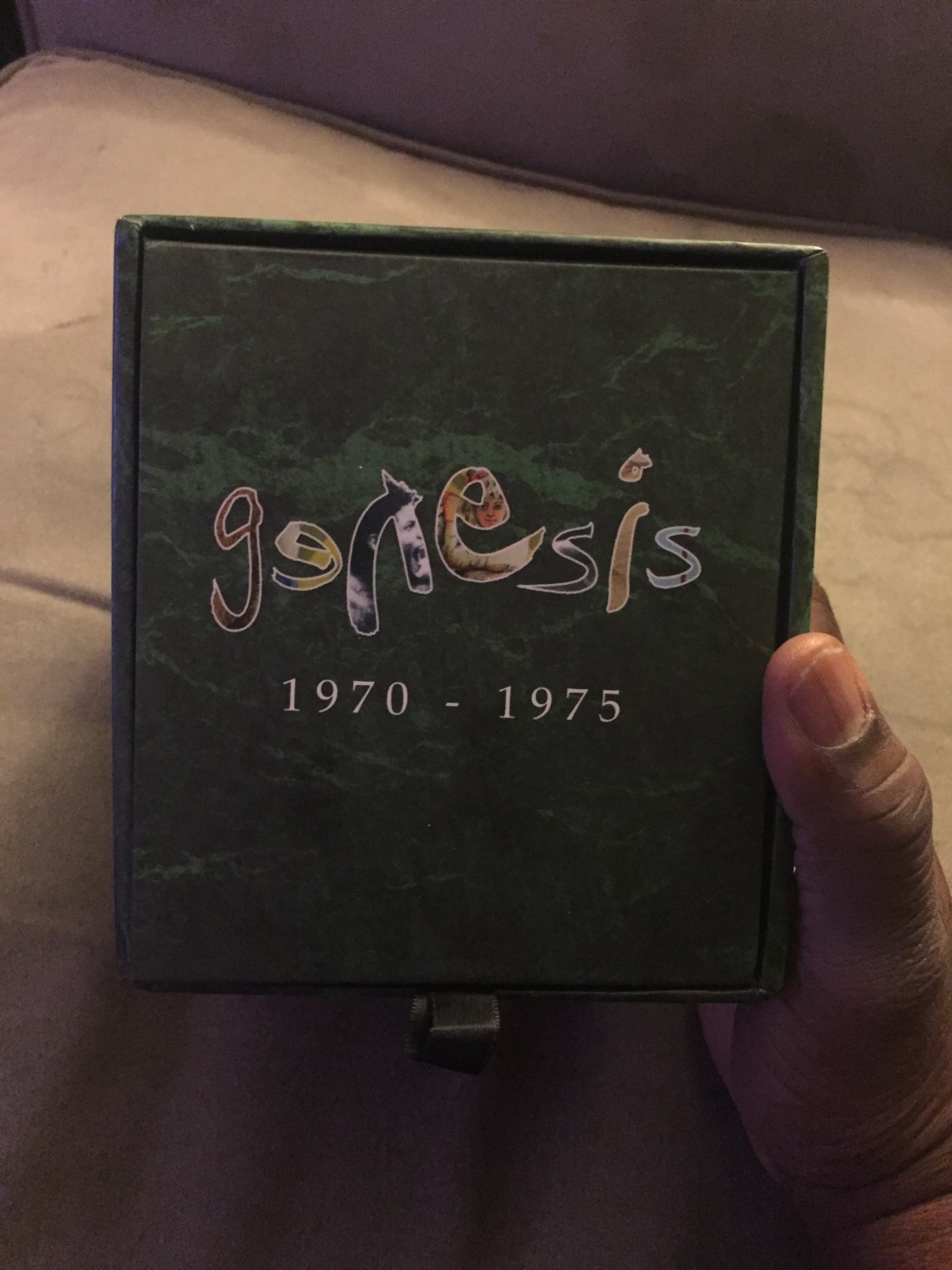 This box set holds a dual meaning. Not only is it a wonderfully re-mastered collection of incredible music from a remarkable band, it is also the very last thing I will ever purchase from F.Y.E. (For Your Entertainment), a music shop located at 3801 Hampton in south St. Louis, Missouri. Before long, the building will be razed, and a Chick-Fil-A restaurant will stand in its place. This is “progress.”

When I heard about the impending demise of my music store, I can’t say I was surprised. One by one, record stores are disappearing. Amazon, Spotify, Pandora, and iTunes appear to be the way to go these days. Why leave home to shop for records when you can do it from the comfort of your own laptop? (*)

F.Y.E. will also be the last chain store to get my business, I think. Gone are the days of Tower Records and Virgin megastores, which I found in places like Tokyo and San Francisco. It’s now up to the specialty shops to get me what I need. And that may be just as well.

As much as I love the people who work at F.Y.E., their corporate office was making it more and more difficult to buy quality music there. Their emphasis was coming off music, and being placed on movies and merchandise. The top 10 CDs might be readily available, but getting hold of music from artists like Steven Wilson and Bent Knee was a bit more challenging at best, or flat-out impossible at worst. Even newer titles from established artists like Frank Zappa and Miles Davis weren’t available. It’s not like they were out of them. The CDs were not being shipped to the store, period. I simply do not understand that.

Frustrated as I was, that didn’t mean I wanted my store to go away. I could still find things in there from time to time. F.Y.E. was instrumental in helping me restore my CD collection after I sold a great deal of it off in 2006. Plus, it was just a fun place to hang. The police gods knew what they were doing when they put the store on my beat. If the job was making me crazy, I could stop by the record shop for a little break. The guys would almost always put a smile back on my face. And now those days are all but over.

I was in denial for quite some time. I just knew someone would swoop in and save the store from extinction. It had been around in one form or another since 1975. There was no way it could die, I figured. Well, I figured wrong. It wasn’t long before I saw this …

The end was nigh.

People began to swarm the place, taking advantage of the deep discounts being made available before the doors were shuttered for good. More than one employee told me the store was making more money than they normally did at Christmas, their busiest time of the year. Needless to say, I contributed my fair share (and probably the shares of two or three more people) to the cause. Still, I held out hope. Maybe corporate would see the error of their ways, and believe people would still support music shops. That hope is gone now, because there are signs like this all over the place …

Not all is lost. I’ve found another great spot in Planet Score records, located at 7421 Manchester Road in Maplewood. Joe and Tim are proving to be invaluable in my quest for music. Where F.Y.E. helped me restore my past, Planet Score will be helping to secure my musical future. There is much to explore, and these guys appear to be up for the challenge. They haven’t let me down yet.

I lament the loss of record stores in my book, I Can’t Be the Only One Hearing This: a Lifetime of Music Through Eclectic Ears. The chapter is called “Record Stores: Profit and Loss.” It’s difficult to watch something that has been a part of my life since I was 12 just … die away. But that’s what’s happening. F.Y.E. is beginning to look like a heavily picked-over carcass. Given the state of the modern record store, that borders on poetic. And it’s a real shame.

I still see young hipsters pouring over vinyl now and then. They act as though they’ve discovered something new in the LP. My own daughter, now 14, believes music is best when it comes from an LP. Because of this, I still hold out a little hope for the next generation. Maybe they’ll understand what they’ve been depriving themselves of, and they’ll start a revolution. Maybe they’ll have the gumption to start their own record shops. Maybe they’ll keep musical hope and fidelity alive. Maybe they can return music shopping to the glorious adventure it used to be. Maybe.

But I’m not holding my breath.

And so I say goodbye to F.Y.E. And thank you for the years of entertainment. You didn’t always have what I needed, but you were always there. And sometimes, that was enough.

(*) I confess to being an unabashed fan of the music site Bandcamp. Sometimes, a physical CD isn’t available from this site. That’s when I seek out said music from a record store.